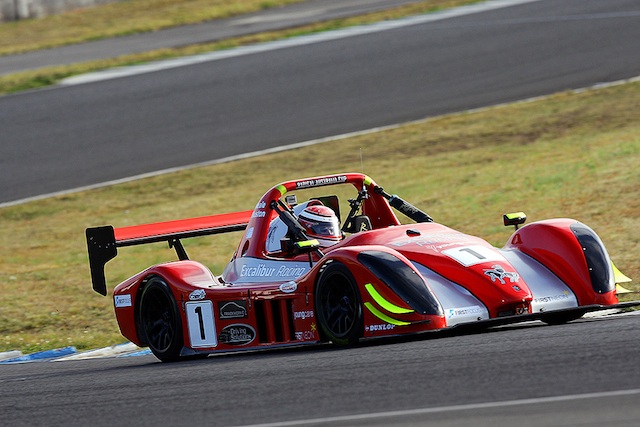 Neale Muston won the opening race of Round Five of the Radical Australia Cup at Sydney Motorsport Park.

The critical moment came almost as soon as the green flag waved for the rolling start as Muston swept around the outside of Berryman at Turn 1, with Corbett moving into second by Turn 2.

While Muston skipped away to a sizeable early lead, Berryman was held up by Corbett for several laps, the latter appearing to struggle for grip.

By the time Berryman found a way past on lap seven, Muston was already more than nine seconds up the road.

Berryman hustled car #33 from there, and while he was never going to catch the leader in a race which was ultimately shortened from 10 to nine laps, he halved the lead by the time the chequered flag flew.

Outright championship leader Michael Shaw was comfortably the best SR3 runner in fifth place, after the other SR8 class car of Peter White limped to 19th (last place) with a mechanical issue.

Two further 10 lap sprints will be held on Sunday from 0800 and 0940 respectively to complete the round.