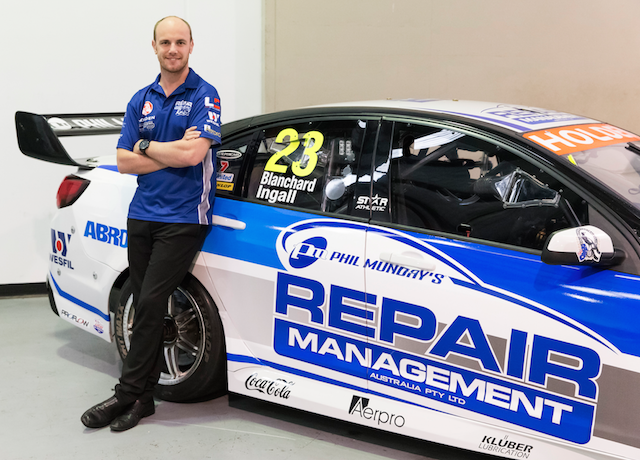 Lucas Dumbrell Motorsport has officially confirmed that Tim Blanchard will join its single-car operation for the Pirtek Enduro Cup.

As previously reported by Speedcafe.com, Blanchard slots in alongside Russell Ingall for the Sandown, Bathurst and Gold Coast events.

He’ll be back behind the wheel during a ride day at Sydney Motorsport Park on Monday and will also cut laps at a planned Winton test on September 1st.

“It’s no fun on the sidelines and I think LDM has really surprised a few people this year.

“Russell usually goes pretty well at Bathurst so I think there’s a chance we can score some really strong results.

“Lucas (Dumbrell, team owner) and I went to school together and have been friends for a long time, so it is great to be joining his team. “I also went to university with the team’s engineer Brendan Hogan so there are plenty of familiar faces there.”

Added Dumbrell: “It’s extra special too because he was a key part of my life post-accident in the rehabilitation stage. “I’m very happy with signing Tim. He showed at the back of last year that he has the pace to run in the top 10 consistently. “He showed good speed in Townsville and Ipswich and then again at Winton when he tested with us. He surprisingly got up to speed quickly. “Now, more than ever, the co-drivers need to do extra laps to keep their edge and to be able to push themselves and the car to the maximum. “With what he has shown I believe that he will be very competitive and will be a great support for Russell in the three endurance races.”

Blanchard’s two racing appearances so far this year have been in the V8 Utes at Townsville and Dunlop Series at Queensland Raceway.