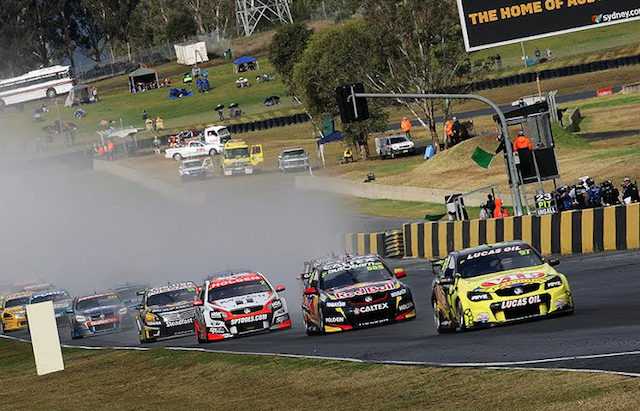 With the award based on race victories, the General Motors brand’s success in the Sydney opener means it can no longer be matched by arch rival Ford.

The 20 Holden victories to date have been shared between Red Bull Racing Australia (12), the Holden Racing Team (3), Tekno Autosports (3) and Brad Jones Racing (2).

Ford has won five races through Ford Performance Racing, while Volvo Polestar Racing and Erebus Motorsport have taken a win each.

“The teams that we have are performing incredibly well and just about every one of them has contributed directly to the success.

“There’s far more competition manufacturer-wise now than there has been in the past.

“Volvo has come out really strongly and the Nissan and Mercedes have started to hit their straps, so to win it again in such a year is particularly pleasing.

“It really shows that the program, developing the VF Commodore with the Holden Racing Team and Triple Eight Race Engineering together was an excellent program.

“The VF has jumped to 46 race wins and is fifth outright on the all-time most wins list in a year and a half.

“We couldn’t have asked for much more, it’s incredible.”

Holden has won 10 of the 15 V8 Supercars manufacturers’ titles since the award was inaugurated in 2000.

While most similar manufacturers’ championships around the world use a points system to determine the champion, Harker says that Holden is nonplussed on how it’s awarded.

“It’s up for the rule makers to decide,” he said.

“Ultimately wins is what people remember but there are many different opinions on it.

“It (changing to a points system) could give it more profile (throughout the year), but as it is now, I think 19 race wins is a damn good pointer as to how it should be awarded.”