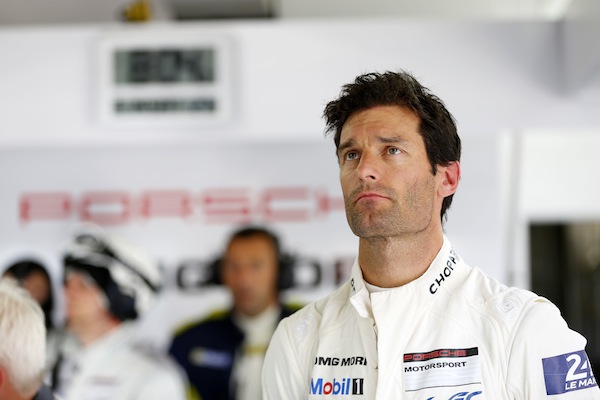 Webber is set to be thrust into major TV duties as co-host alongside Matt White for the V8 Supercars Championship’s showcase season-opener – the Clipsal 500.

The nine-time F1 grand prix winner will also share the desk with White for the Bathurst 1000.

After stepping away from Red Bull’s F1 team at the end of last season, Webber joined forces with Porsche’s LMP1 factory effort with the 919 hybrid in the World Endurance Championship this year.

He has a multi-year contract with the Zuffenhausen maker with the WEC rounds next year conveniently not clashing with his Ten commitments.

The 37-year-old will add further currency to Ten’s F1 coverage of the Australian F1 grand prix from Albert Park. Network Ten will next year rejoin as broadcaster of the V8 Supercars Championship in a joint deal with Foxtel from next year after televising the sport from 1997-2005.

“I am delighted to be extending my relationship with Network Ten for the next couple of years, especially after enjoying my punditry role with the them at the 2014 Australian Grand Prix,” Webber said in a Ten statement.

“Ten have been tremendous supporters of motorsport and F1 in particular for some time and certainly provide the best coverage in Australia of international and domestic categories.”

While Webber professes to be no mogul on V8 Supercars, he is looking forward to adding to the Adelaide and Bathurst commentary.

“I am certainly no V8 Supercars expert but my experience in the WEC means that I will be able to provide an insight into what the drivers are going through in such gruelling, long distance events,” Webber said, after returning to the Le Mans 24 Hour this year for the first time since his ill-fated 1999 campaign with Mercedes.

It will be the first time Webber will return to the Adelaide street circuit and to Bathurst since he raced in the Australian Formula Ford Championship before he took the plunge and moved to England in the mid 1990’s.

The news comes after Ten announced that White will return as anchor for the V8 telecasts and for the quality panel show, RPM.

Ten’s head of sport, David Barham said: “Our consistent program schedule and our treatment of live event motorsport, including Formula 1, MotoGP, and V8 Supercars will deliver a powerful and exciting broadcast to all motorsport fans.”