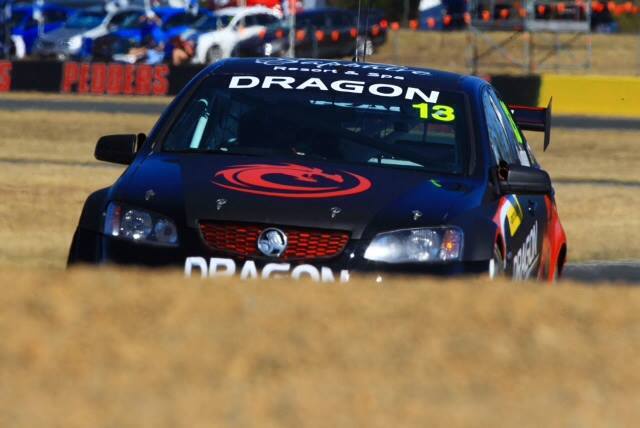 The first-year Dunlop Series team had embarked on an ambitious plan to run its two ex-Garry Rogers Motorsport Holden Commodores at Bathurst, as well as a single entry in the Wilson Security Sandown 500.

While team owner Tony Klein was unwilling to comment when contacted by Speedcafe.com earlier this week, it is understood that the Melbourne-based businessman has elected against running any Dragon entries in the two events.

The move follows three tough Dunlop Series outings for the team, including the brief debut appearance of its ex-Sam Walter GRM Commodore at Queensland Raceway earlier this month.

Although unconfirmed, Dragon’s withdrawal is also expected to see it absent from the remaining two second-tier rounds as Klein contemplates the team’s future.

There remains a possibility that one of the squad’s Next Generation GRM chassis could still make the Bathurst grid, however.

Experienced racer Geoff Emery previously submitted a proposal to Dragon for his Dunlop Series crew to run the team’s second entry in the 1000.

A similar deal could still be struck, although Emery was downbeat on the possibility when contacted by Speedcafe.com.

“The chances are looking pretty slim because of the time frame,” he said.

Garry Rogers, whose team has been advising Dragon on its wildcard efforts as part of the sale of its two chassis, met with Klein last Friday.

Rogers told Speedcafe.com that any change in Dragon’s plans will not affect his team’s work on the project.

“We’ll be preparing these cars and it’ll be up to Dragon Motorsport to decide what they do from there,” he said.

“We were never going to be running the cars (at the race meetings).

“We are just giving them advice when we could and making sure the cars are prepared from here, which they will be.”

Dragon debuted in the Dunlop Series at Winton in April, initially running under the Gallagher Motorsport banner.

Dragon’s efforts to race at Bathurst were first revealed in June, with V8 Supercars – keen to avoid the lowest car count in the history of The Great Race – approving the three entries alongside that of Super Black Racing.

Klein, whose team’s only confirmed driver at the time of the application was rising star Lindbom, admitted to Speedcafe.com following the announcement that he was surprised to have been accepted.

“I really didn’t think V8 Supercars would approve our application,” he said.