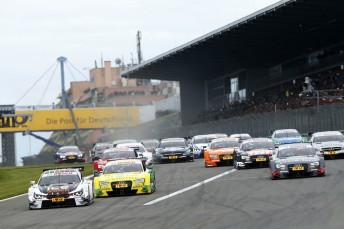 Marco Wittmann leads the way at the Nurburgring

Marco Wittmann moved one step closer to securing a maiden DTM crown after claiming a dominant fourth victory of the season at the Nurburgring.

The RMG BMW driver led the race from start to finish despite having to carry success ballast in his M4 racecar.

A mechanical failure for Mattias Ekstrom on the opening lap further boosted Wittmann’s title hopes with the German now opening up a 64-point lead at the top of the standings.

There are just 75 points left to play for over the final there rounds. 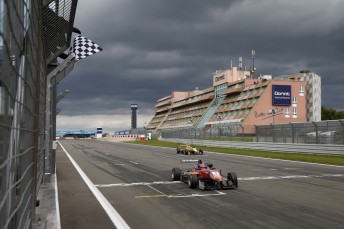 Lucas Auer secured a narrow victory in race three of the FIA European Formula 3 Championship at the Nurburgring.

Verstappen had earlier taken victory from the Italian pair Antonio Fuoco and Giovinazzi.

The Dutch driver sits second on the table on 325 points behind Ocon on 402.

Team Porsche Holding driver Ragginger put in a lights to flag victory to withstand a strong challenge from LKM’s Bamber. 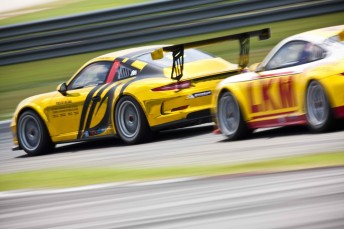 The series will now gear up for the signature round of its calendar on the undercard to the Singapore F1 grand prix at the Marina Bay circuit from September 19-21.

The 41-year-old qualified 10th and ran as high as eighth mid-race before retiring the #20 Toyota with engine failure after 51 of 90 laps.

Habul, an Australian Formula 3 competitor in the mid-2000s, had earlier run off at the end of the back straight, dragging his Camry through the circuit’s sandy outfield.

The failure to finish followed 14th and 26th place runs at Road America and Watkins Glen; completing a three-race driving deal with JGR that came as part of a multi-event sponsorship from Habul’s commercial solar firm SunEnergy1. 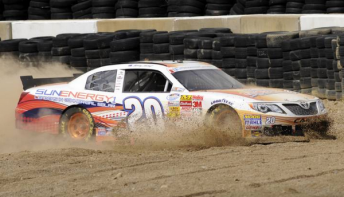 Due to torrential rain showers and darkening skies, only the Top Fuel final was completed at Brainerd International Raceway for the latest round of the NHRA Mello Yello Drag Racing Series.

Morgan Lucas took the Top Fuel win over Antron Brown.
After qualifying fourth, Australian, Richie Crampton was eliminated in the first round of competition by Steve Torrence.
The semi-finals for Pro Stock and the final for Funny Car will take place at the US Nationals (Aug 27-Sep 1) in Indianapolis.
The Funny Car final will see veterans John Force and Ron Capps take each other on.