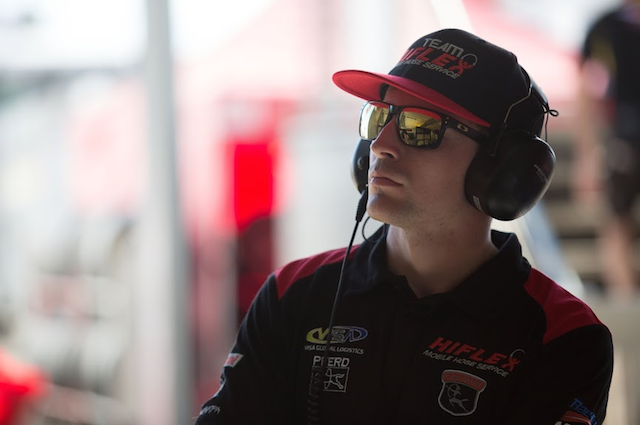 Moves for Tony D’Alberto to return to the V8 Supercars Championship full-time next season are gaining momentum.

The single-car Tony D’Alberto Racing operation closed its doors at the end of last year amid difficult economic times for the category.

Working until the eve of the new season on a deal to run a second car out of Tekno Autosports, a lack of funds eventually saw TDR hand back its Racing Entitlements Contract to V8 Supercars.

D’Alberto and father Al have since continued efforts to gather sponsors with the aim of a similar tie-up next season, talking to Tekno among other outfits.

The TDR REC and those handed in by Triple F Racing (Dean Fiore) and Lucas Dumbrell Motorsport have recently been the subject of a tender process ahead of 2015, with the deadline for bids passing on August 1.

TDR is understood to have entered the process, although its ability to buy back its own license – for which it will receive the majority of the proceeds – will likely hinge on locking away sponsorship deals.

Kiwi outfit Super Black Racing is the only other entity known to have moved past the expression of interest stage ahead of an upcoming review of the bids by the V8 Supercars Board.

Although declining to discuss specifics of the REC situation, Al D’Alberto told Speedcafe.com that he is confident of a return to the grid in 2015.

“We’re working very feverishly to get ourselves back into the field again next year,” he told Speedcafe.com.

“I’d say we’re pretty close to having something to announce.”

D’Alberto says the project is “pretty advanced in all facets” required, which includes negotiations with sponsors and a team to pair-up with.

Although a Tony D’Alberto driven entry could still be run under the TDR banner, it will only do so as part of an existing team.

“Having a break and giving ourselves time to clear our minds have been a good thing for us,” Al D’Alberto said.

“We’ve looked at the whole structure and how we operate, not trying to do everything in-house.

“We won’t get back in unless we are secure (financially),” he added.

“There’s no point of getting back in for the sake of it, it has to be done correctly.

“We want to be well funded so that we can challenge at the very pointy end of the field.”

Tony D’Alberto is currently preparing for his co-driving role alongside Tim Slade at Walkinshaw Racing in this year’s Pirtek Enduro Cup.

Having completed all six of his full-time V8 Supercars Championship seasons as part of single-car efforts, now 28-year-old Tony is excited by the idea of linking up with an existing team.

“I’d like to be basically there to just drive the race car and not really be involved in the other sides of the business,” he told Speedcafe.com.

“That would allow me to fully focus on improving my skills and becoming a better racing driver.

“If we can link up with a team like Tekno, which we’ve spoken about before, with a really good team-mate I’m sure I’ll improve and we’ll get better results.

“Running our own team isn’t on the cards for the future, we want to be in an established team that can win races.”

Even if plans are not resolved before the Pirtek Enduro Cup, D’Alberto says there’ll be no extra pressure to perform in the long distance events.

“I want to do the best job I can for those guys but it’s not like I’m putting on an audition for a seat,” he said of his Walkinshaw Racing drive.

“I’ve been in the sport a long time and I’ll be there to do a job.

“Adrian (Burgess, Walkinshaw managing director) has made it pretty clear what he needs from me, which isn’t to set the world on fire, it’s to do a solid job and bring the car back for Tim.”

D’Alberto won the V8 Supercars Development Series in 2007 before graduating to the main series the following year.

Last season saw the Melbourne-based driver enjoy a career best season result of 16th in the championship standings, having also achieved personal highs of second in qualifying (at Winton) and fourth in races (at Winton and the Gold Coast).