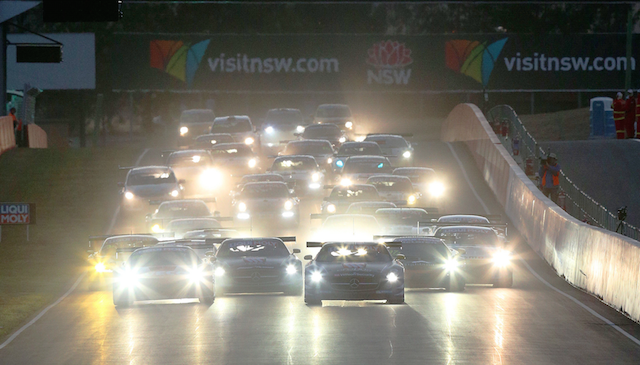 Four of the world’s biggest GT teams have confirmed intentions to return to the Bathurst 12 Hour next year, with organisers releasing a provisional entry list six months out from the race.

The event has tightened its entry procedure this year, with teams required to undertake detailed submissions and complete payment before being recognised as official entries.

Eleven other entries are said to have been partially lodged amid a host of other expressions of interest, leaving a capacity 55 car grid likely once the final deadline hits on December 11.

Headlining the list of confirmed entrants is AF Corse, which expands to two Ferraris amid strong expected representation for the Italian marque.

Melbourne-based reigning race winners Maranello Motorsport have only confirmed one entry but are understood to be weighing up a second car, while Clearwater Racing and Vicious Rumour Racing are also expected to return.

AF Corse, Maranello and Clearwater are all candidates to receive Ferrari factory pilots for the race.

The presence of the Koundouris and Macpherson GT3Rs mark a return to representation in the outright class for Porsche following an absence this year.

A further 11 cars are sprinkled throughout the three invitational classes, including three each from Fiat’s Abarth Motorsport effort and Racer Industries, which last year debuted its trio of Focus V8s at the event.

Also expected for Class I are two ex-Grand-Am Mazda RX-8s, which are yet to be lodged under a completed entry.

Race organisers have also received expressions of interest from a number of international GT squads such as event regulars Phoenix Racing, Haribo Racing and M-Sport Bentley, that are yet to submit entries.

The German Haribo Porsche was entered for the 2014 race before withdrawing due to the death of team founder Hans Riege.

Bentley’s interest in the race was revealed by Speedcafe.com earlier this year, with the marque keen to assist potential customer efforts.