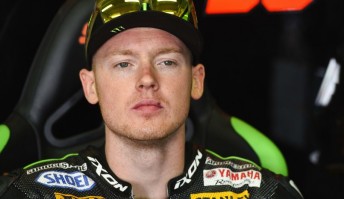 The 23-year-old has raced with the French outfit since 2011 in a relationship which stretches back to a two-year spell in Moto2.

Smith was promoted to the squad’s MotoGP effort last season which resulted in him finishing a maiden campaign in 10th position.

This year Smith has recorded his best career finish of fifth at Austin but has since struggled for consistency.

Although safe in the knowledge his seat is secure for another year, the Oxfordshire rider says he still needs to prove his worth to the team.

“It’s difficult to explain exactly how I feel right now but I am just overly thankful to Yamaha and Herve (Poncharal) as well as the whole Monster Yamaha Tech 3 team for believing in me and enabling me to continue riding here for another year,” said Smith.

“I really do love working with this team plus the Yamaha YZR-M1 and it’s crazy to think that this well be our fifth year together although it still feels like the second.

“There’s been a lot of emotion in signing again so I’m really happy with the end result and that everything is finally sorted.

“Also, it’s positive mentally to have next year clear whilst going into the second half of this season.

“For me personally, it’s now time to start achieving and performing at my full potential, which I don’t believe we have seen yet.

“I know that with this team they can support me to get where I am capable of being and beyond.”

The MotoGP series heads to the Czech Republic’s Brno circuit this weekend for round 11 of the season.