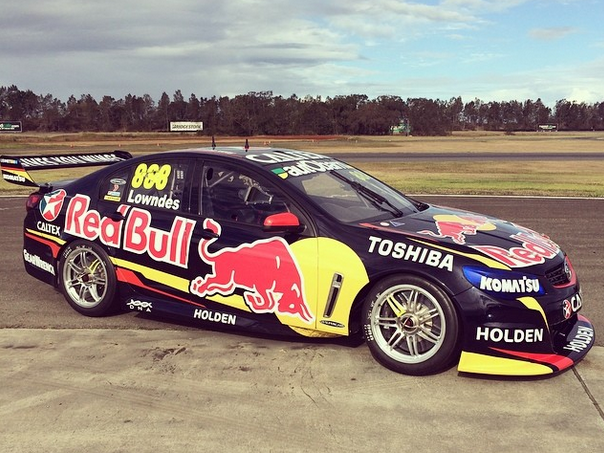 Craig Lowndes has completed the successful shakedown of a new Red Bull Racing Australia Holden at Norwell on the Gold Coast.

The three-time V8 Supercars champion will debut the car at the Sandown 500 in September; a year after team-mate Jamie Whincup received a fresh chassis at the same venue.

Codenamed 888A-039, Lowndes’ latest chassis is the 10th Next Generation V8 Supercar to be built by Triple Eight Race Engineering.

“It’s a little hard to know where the car is at in terms of speed but it ran strongly mechanically and electronically,” he told Speedcafe.com.

“I’m looking forward to debuting it at Sandown and seeing what the car can actually do.”

Red Bull will complete a full test day with the car and team-mate Jamie Whincup’s existing entry prior to the Sandown 500.

While the Next Generation cars feature a control chassis and rollcage design, Lowndes said that detail work will make the new car an improvement over his previous challenger.

“Whenever you build new cars you learn and finesse things a little bit.

“The cockpit layout in this car is very clean in comparison to what I’ve currently got.

“The guys in the team have obviously had a really good think about where to place things to get the weight down and clean-up the plumbing work of the car.”

Lowndes jumped from sixth to third in the V8 Supercars Championship standings with a string of podium finishes last time out at Queensland Raceway.

The 40-year-old says he’s looking forward to the next event at Sydney Motorsport Park in just over a week’s time, where he’ll have one last run in his current chassis.

The track was the scene of Lowndes’ first V8 Supercars race victory in 1996, as well as his first win with Triple Eight nine years later.

While two pre-season tests have been held at the venue over the last 18 months, the event will mark the first V8 Supercars race meeting at SMP since the Next Generation rules were introduced.

Lowndes says that the lack of race running on the circuit and the move back to a mixed tyre format will make it a challenging weekend for the teams.

“Not having too much knowledge of the circuit over a race distance will definitely show a bigger difference in the cars,” he said.

“We know what the cars are like set-up wise for one or two laps, but to do a race run will be very interesting.

“I think you’ll see a big difference in speed over the distance due to the lack of knowledge for everyone.

“It’s also quite high tyre wear so it’s going to be difficult for teams to extract the best out of both compounds.”

The new car, codenamed WR021, is scheduled to receive a shakedown at Winton next Tuesday ahead of the August 23-24 race meeting. 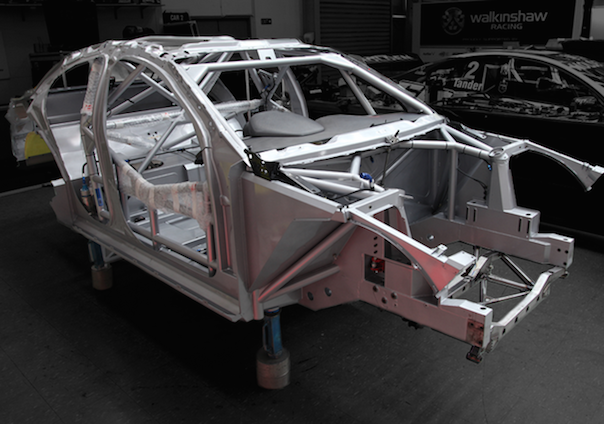