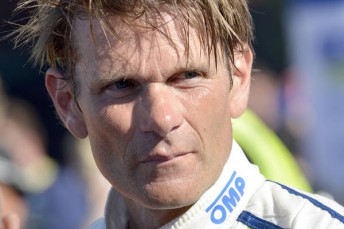 After driving the Polo R WRC during a gravel test in southern France in early August, Gronholm will return to Volkswagen Motorsport for selected tests in the future.

It is expected the 46-year-old’s seat time will also include developing the 2015-spec Polo that will debut at the Monte Carlo Rally in January.

“To get behind the wheel for the world championship winning team from Wolfsburg is obviously a great opportunity for me,” Gronholm said.

“I am really looking forward to testing and having the chance to work on the further development of what is currently the best rally car out there – the Polo R WRC.”

The Finn boasts a wealth of experience, winning 30 WRC rallies out of the 150 he competed in, which Volkswagen Motorsport Director Jost Capito said is invaluable to the team.

“We are delighted to have Marcus Gronholm on board as test driver for our WRC project,” Capito said.

“Marcus is one of the most successful and talented rally drivers around, and will support us with the further development of the Polo R WRC.

“Thanks to his in-depth understanding of technical aspects and his analytical skills, he will be able to provide our engineers with valuable input.”

VW drivers occupy the top three positions in the points with defending WRC champion Sebastien Ogier leading on 187 from Jari-Matti Latvala (143) with Andreas Mikkelsen third on 95.