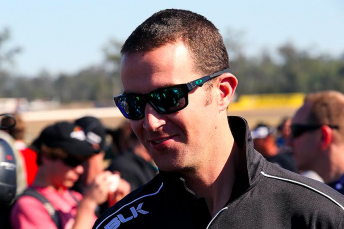 Alex Davison will try to revive his stalled career in the next round of the United Sportscar Championship at Elkhart Lake in the United States this weekend.

The former full-time V8 Supercars and Carrera Cup driver has been handed a surprise invitation to join expat Australian David Calvert-Jones in the round at the renowned Road America course.

Davison and Calvert-Jones, grandson of the late Dame Elisabeth Murdoch, will drive a Porsche 911 GTD in the 2 hour, 45 minute race.

The offer to link with Calvert-Jones will give Davison, who will join brother Will Davison at Erebus for the Pirtek Enduro Cup in September-October, a rare drive this year after he lost his full-time V8 seat with Team Jeld-Wen.

“I’m excited about it. I want it to open some doors,” Davison told Speedcafe.com

“This is the first year I’ve had where I have had no racing.

“It just came out of the blue. These opportunities come up and it’s great of CJ (Calvert-Jones) to get me over to drive with him.

“Since I haven’t had a full time drive this year I’ve been exploring every opportunity possible to try and get a race here or there overseas.

“The opportunities are limited in Australia.”

Davison has extensive international experience, particularly with Porsche in Europe.

He last raced in the US in 2008 when he finished second at Sebring in a Flying Lizard Porsche and at Long Beach in a Farnbacher Porsche in the American Le Mans Series.

“I haven’t been over there for so many years I’m sort of out of the circle,” said Davison.

“This is a cool opportunity to go and show my face over there.

“It’s one of my favourite tracks in the world – Elkhart Lake – it’s pretty iconic.

“It would be fantastic to do some more racing overseas.”

Davison and Calvert-Jones have combined at the at the previous two Bathurst 12 Hour races, crewing a 997 Porsche Cup car to ninth outright and second in class along with top American driver Patrick Long earlier this year.

His US-based cousin James Davison will contest the same class when he shares a V12 Vantage Aston Martin with Al Carter.