Anton De Pasquale picked up his fifth win of the season

The 18-year-old produced a lights-to-flag victory in race one which was followed by a second place finish in the final encounter at the Dutch venue.

After securing both pole positions, De Pasquale took the chequered flag in the first race by 2.7s from Ralf Aron, but a poor start to the second race cost the Aussie the opportunity to record a double victory.

After dropping to fourth at the start of race two, the teenager managed to recover to finish second behind Aron.

“I really enjoyed some racing in the pack, and after my first crack I was super keen to attack Ralf again whilst he was leading, but probably needed just one more lap to do that without it being too risky – I have to think about the championship, that is our focus,” said De Pasquale. 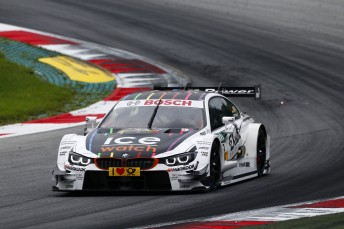 Marco Wittmann further extended his points lead in the DTM after taking his third victory of the season at the Red Bull Ring.

The BMW Team RMG driver inherited the lead towards the end of the race after Audi’s Jamie Green and Mercedes’ Augusto Farfus were forced to surrender the position after being handed drive through penalties.

Green incurred his penalty for running one lap too many on the soft tyres while Wickens was penalised for an unsafe release.

In the end, this allowed Wittmann a clear run to the chequered flag as he led home fellow BMW runners Farfus and ex-F1 driver Timo Glock.

Wittmann’s third victory of the season has seen the German open up a 39 point lead in the championship standings over Swede Mattias Ekstrom.

The championship heads to Germany’s Nurburgring for the seventh round of the season on August 17. 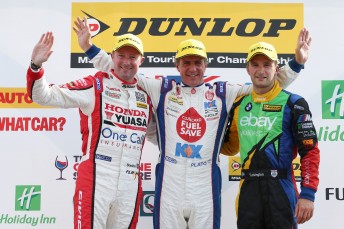 The MG driver led from start to finish in the opening encounter as he headed home championship leader Colin Turkington and Honda’s Matt Neal.

Adam Morgan produced the surprise of the race as he guided his WIX Racing Mercedes to fourth.

Turkington grabbed the lead at the start of the second race but he was unable to maintain his advantage as Plato took the lead on lap nine.

Although he was pursued by the BMW man closely, Plato went on to take the chequered flag, while Gordon Shedden finished third.

Aron Smith took out the final race of the weekend with the BMR Volkswagen driver just holding off the Airwaves Racing’s Mat Jackson and Turkington. 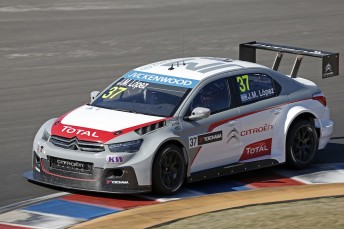 Jose Maria Lopez did the double on home soil in WTCC

Jose Maria Lopez has opened up a 60 point lead in the World Touring Car Championship after recording a double victory on home soil at Argentina’s Termas de Rio Hondo circuit.

The Citroen driver led every lap from pole in race one as he recording a comfortable 2.5s win from Zengo Honda’s Norbert Michelisz, while title rival Yvan Muller, who made a poor start, claimed the final place on the podium in third.

Lopez was forced to work harder for his triumph in race two as Lada’s Rob Huff seemed on course for a milestone victory until the Argentine made a move four laps from the end.

Huff managed to hang on to finish second for Lada’s best result since joining the championship in 2009. Muller produced an impressive drive through the field to finish in third.

Tom Blomqvist, Antonio Fuoco and Antonio Giovinazzi shared the spoils in the latest round of the FIA European F3 Championship at the Red Bull Ring.

Carlin’s Blomqvist enjoyed a relatively untroubled run to the chequered flag in race one as he took advantage of a clash between championship leader Esteban Ocon and Max Verstappen at Turn 1 on the opening lap.

Verstappen appeared to run wide at Turn 1 and in turn collected the Frenchman. Ocon eventually recovered to finish in 13th spot while Verstappen battled from sixth to grab third.

Fuoco inherited the victory in the race two after Giovinazzi, who won the race on the road, was handed a penalty for not keeping within acceptable distance of the Safety Car on the final restart. As a result, Giovinazzi was demoted to 16th position after incurring a 20 second penalty.

However, Giovinazzi ended his weekend on a positive note with victory in the third and final race with Blomqvist second and Auer third once again.

Aussie Richie Crampton was knocked out in the second round of NHRA in Seattle.

After qualifying fourth, he beat Terry McMillen in the first round and then was accounted for by Antron Brown.

Brown made it through to the final, however was beaten to the ‘Wally’ by Doug Kalitta.

John Force took yet another win in his storied career in the Castrol GTX High Mileage Mustang Funny Car. He defeated Gary Densham in the final.

Densham knocked out Force’s daughter and second top qualifier, Courtney in the first round.