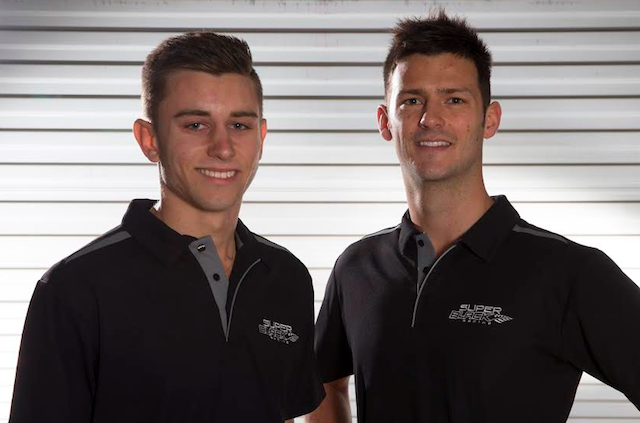 Heimgartner and Pedersen will steer the Super Black Falcon

The event will mark 19-year-old Heimgartner’s debut in the V8 Supercars Championship, while 26-year-old Pedersen was part of MW Motorsport’s endurance wildcard program in 2010.

Lentino hopes to use Bathurst as a prelude to a full-time Super Black effort next year and is confident in his driver line-up.

“In Andre and Ant we have two of the best young talents in New Zealand motorsport so we couldn’t be happier to give them their opportunity to show what they’ve got at the greatest race in our region,” said the Kiwi businessman.

“They are young but have a lot of experience in different categories so it will make their transition easier, as will having the support of FPR and its extensive resources.

“We know it is tough to make our debut at Bathurst but we see this as the first building block for our team’s future. Andre and Ant have our full support and we look forward to the build-up to our first race.”

The team expects to complete just a single test day in the lead-up to the Great Race.

Heimgartner sits third in the Dunlop Series standings for MW Motorsport and, with a wealth of experience in Carrera Cup and New Zealand V8 SuperTourers, feels he is ready to progress to the main series.

“It is a big opportunity and to be in a New Zealand team is great as there will be a lot of support around us,” Heimgartner said.

“Ant and I are new to the whole Bathurst thing so we go in with an open mind but everything is in place for us to do well so I can’t wait.

“It is pretty special to be chosen to drive for a New Zealand team and to make my debut in their debut race is unique.

“Shane (van Gisbergen) did the same sort of thing (debuting with Team Kiwi Racing in 2007) and look where he has ended up so hopefully I can follow in his footsteps.”

Pedersen is seventh in the second-tier points for Holden squad Eggleston Motorsport and is excited to be linking with the FPR-satellite operation.

“Firstly I am hugely excited and grateful for the opportunity and I can’t wait to get in the car for what is going to be a pretty special debut for Super Black,” he said

“With a Kiwi team, Andre and I being Kiwis, it is all just really exciting.

“We certainly don’t underestimate the challenge. It will be really tough and we have to keep things in check in terms of our abilities and the expectations.

“Having FPR behind the project gives us confidence the team will be well-prepared and well- resourced.

“That ensures we have all the tools to have a successful debut.

“Success for us won’t be winning the race but we have the confidence and security knowing the right people and ingredients for a good race are there.”