Latvala stretches his lead in Finland

Latvala stretches his lead in Finland 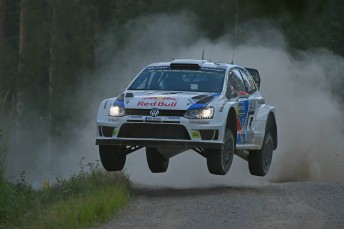 Latvala gets the jump on the field in Finland

Jari-Matti Latvala has put his foot down in the afternoon stages of Leg 2 at Rally Finland to stretch a solid lead over Kris Meeke.

The Finn started the day with a four second lead, which was stretched to 19.7sec at the halfway mark of the WRC classic aboard his Volkswagen.

“We pushed hard and took some really big risks. I felt relaxed and had a good feeling, and when I’m relaxed I normally do my best performance,” said Latvala.

Meeke was also in the zone in his Citroen DS3 into second, relegating world champion Sébastien Ogier (VW) into third who had to sweep the roads at the head of the field in the drying conditions. 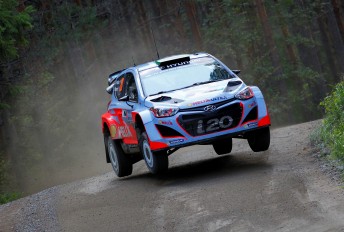 Paddon is the leading Hyundai in seventh

“It was a frustrating afternoon,” admitted the Frenchman. “But I’m still happy with what I’ve done and happy to finish my sweeping role.”

“We had some good stages this morning when we could capitalise on the level playing field, with no-one knowing the stages,” said Paddon. 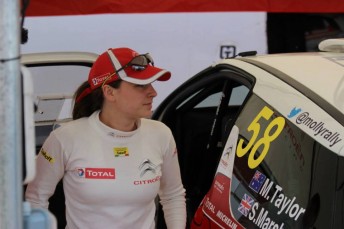 “We gave a good account of ourselves, I think, and it’s been pleasing to set some competitive times. We’ll just keep working hard to find the good rhythm, learning all we can for ourselves and for the team in the process.”

A tougher day for his Hyundai team-mates with Juho Hänninen rolling and Thierry Neuville suffering damage after smacking the rear of his i20 and damaging the roll cage.

Robert Kubica’s day ended early when he crashed 1.6km into the opening test and damaged the front left suspension on his Fiesta RS. Martin Prokop crashed his similar car this afternoon.

Australia’s Molly Taylor sits fifth in class and 45th overall in his Citroen.

“Two punctures and three stages on a flat but afternoon was MEGA!! Happy with our pace & lying in fifth. Unbelievable stages!!”