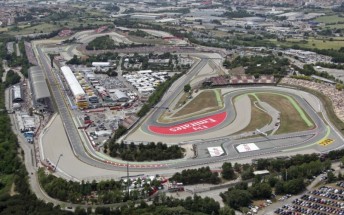 Barcelona’s Circuit de Catalunya will host a round of the FIA World Rallycross Championship next year.

The venue, which has hosted the Formula 1 Spanish Grand Prix, has announced plans to construct a rallycross circuit at the facility in time to accommodate a round of the 2015 season in September.

This will be the FIA World Rallycross Championship’s first foray into Spain as the series bids to make the event a mainstay on the calendar.

Having hosted F1 since 1991, the Circuit De Catalunya becomes the second F1 venue to host a World Rallycross event with Turkey’s Istanbul Park due to hold the penultimate round of this year’s championship.

“It’s a new market for us and the organisers in Barcelona have worked extremely hard to help get this project off the ground.

“The team are very experienced having previously brought X Games to the city so I have no doubt that the same level of professionalism will be delivered in our Championship.

“Work will shortly be underway on the new rallycross track and I’m excited by the prospect of a World RX race in one of the world’s major economic and sporting hubs.”