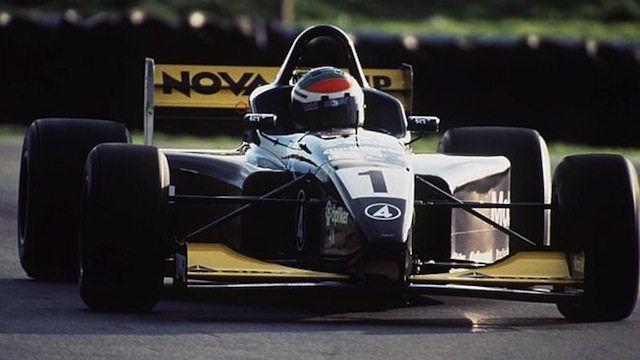 In a section devoted to the Brisbane squad’s longest serving driver, Lowndes reflected on his stint as team-mate to Montoya in Dr Helmet Marko’s Formula 3000 team in 1997.

A year after winning the first of his five Bathurst 1000 titles and three Australian Touring Car Championships, Lowndes embarked on a path he hoped would see him earn a Formula 1 seat in Europe.

The drive was set-up by Holden Racing Team owner Tom Walkinshaw, who at that point owned the Arrows F1 team and had Lowndes on a 10-year contract, and backed by Holden, HSV and Mobil.

It soon become evident during the season that Lowndes, who had moved into a small flat owned by the now Red Bull talent scout Marko, was not happy in a foreign environment with the confronting Montoya.

The Colombian had risen rapidly through British Formula Vauxhall and Formula 3 in the two preceding years, where he gained a reputation for being supremely quick but difficult to deal with.

“Montoya would be the only driver that ever got to me mentally,” Lowndes revealed in the book, written by Paul Gover.

“I don’t think he (Montoya) worked a day in his life.

“His parents were lovely people, but they funded him all the way through.

“I was in a foreign country, a foreign team, and I didn’t have the support around me that I had in Australia.

“And Montoya even tried to take me out at one race, at Enna (Sicily) in Italy.”

Lowndes finished fourth at Enna, his best result of a season that saw him retire from six of the 10 races on the way to 17th in the championship standings.

Montoya meanwhile won three races and finished second in points before winning the title with Super Nova the following season.

The now 38-year-old has gone on to successful stints in CART, Formula 1, NASCAR and now IndyCar, winning the Indianapolis 500 (2000), seven Formula 1 Grands Prix and two Sprint Cup races along the way.

With his Formula 1 hopes shattered, Lowndes returned to Australia in 1998, rejoining the HRT alongside new recruit Mark Skaife.

Lowndes says that the experience alongside Montoya helped him deal with the challenge of racing alongside Skaife, who arrived at the HRT with a point to prove after two lean seasons at a cash-strapped Gibson Motor Sport.

“He was very arrogant,” Lowndes continued of Montoya.

“I respected him as a driver, but as a person he was rude, arrogant, had no time for anyone.

“But it made it much easier when I came back to Australia and had to deal with Skaife.

“He was nothing compared with Montoya.”

Lowndes won the 1998 and 1999 ATCC/V8SC titles before Skaife got the upper hand in 2000, which proved to be the former’s final season with the HRT before switching to Ford.