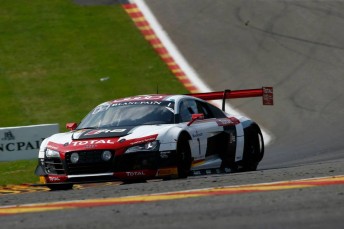 The #1 WRT Audi traded the lead with the #77 Dirk Werner/Markus Palttala/Lucas Luhr BMW for much of the race as the former’s speed advantage was countered by higher fuel and brake usage.

Marc VDS gambled on a fuel-only final pitstop in order to gain track position with 40 minutes remaining, leaving Werner, who was struggling with an ABS problem in the Z4, to defend from a charging Rast.

The Audi swept ahead for good with 15 minutes on the clock, going on to score Audi’s third Spa victory by a margin of just seven seconds.

WRT’s #2 Audi of reigning Le Mans winners Andre Lotterer, Marcel Fassler and Benoit Treluyer was well in contention for victory before it took damage in a collision at La Source in the 20th hour. 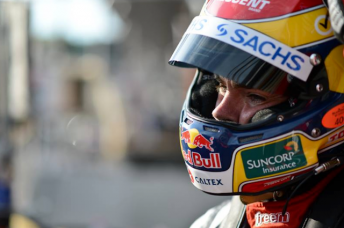 The Audi superiority followed a favourable pre-Spa Balance of Performance parity adjustment for the R8s, which saw them running bigger air restrictors and less weight than they had at the previous Blancpain Endurance Series event.

Lowndes, who undertook a double stint during the night, drove the final spell to the chequered flag in a result that also netted the quartet a Pro-Am Class podium.

The Gentleman Trophy also belonged to AF Corse in a solid showing at an event where the squad did not field a single Pro Class line-up.

It was tough going for the remaining Australasians in the field, including Tekno Holden V8 Supercars driver Shane van Gisbergen.

The Kiwi failed to turn a racing lap after co-driver Tim Mullen crashed heavily in the second hour.

The opening quarter of the race had been punctuated by a series of heavy crashes.

The red flags were called just prior to the six hour mark following a collision between Marcus Mahy (Kessel Ferrari, co-driven by Australian Liam Talbot) and Vadim Kogay (Rinaldi Ferrari) at Stavelot. 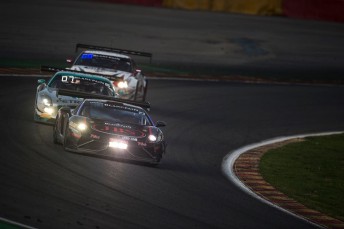 The Lago Racing Lamborghini was withdrawn during the night

Mahey was transported to hospital by helicopter where, according to a statement issued in the closing stages of the race, he is concious, responding to impulses and with feeling in his limbs.

Erebus Australian GT driver Richard Muscat finished 34th in Black Falcon’s Pro-Am Mercedes entry, which had started from the back of the grid after a pre-race engine change.

The all-Australian Lamborghini line-up of Steven Richards/Steve Owen/David Russell/Roger Lago meanwhile endured an aborted run; withdrawing with electrical problems after 13 and a half hours.