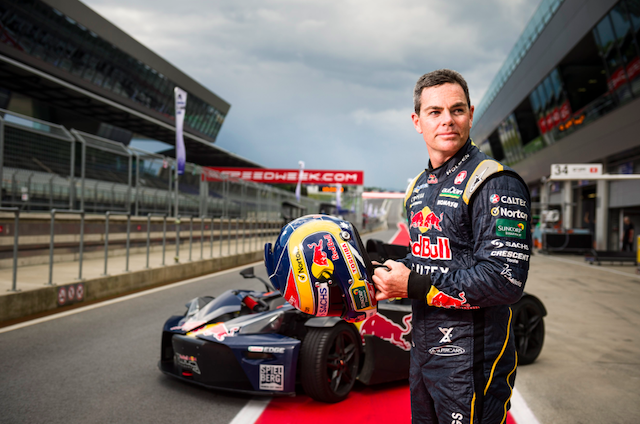 Craig Lowndes with the KTM at the Red Bull Ring

V8 Supercars star Craig Lowndes has taken to the wheel of a KTM X-Bow at Austria’s Red Bull Ring in the build-up to the Spa 24 Hours this weekend.

Lowndes flew to Austria two weeks ahead of the race, meeting with chiefs of the Austrian-owned energy drink firm as well as visiting its famous Hangar-7 aircraft museum.

The 40-year-old says that driving the X-Bow proved a fun warm-up for Spa, where he’ll race an AF Corse Ferrari in the Pro-Am division.

Lowndes’ Red Bull V8 Supercars team-mate Jamie Whincup tasted a similar example during his 2012 appearance at the Race of Champions in Thailand.

“The X-Bow is a little different than what I’m used to, doors and a roof namely, and it’s a nimble little vehicle,” Lowndes said.

“It sticks to the ground really well and the horsepower is something else but it’s a lot of fun.

“You can really drive it hard lap after lap and I was pushing 200km on the back straight.

“(It) was great to keep my mind sharp and driving a new vehicle is always a good learning curb and getting re-acquainted with left-hand driving is a great help in the lead up to the Spa 24 Hour,” he added

The hit-out in the KTM marked the first time Lowndes has visited the Spielberg circuit since 1997, when he raced at the venue in Formula 3000.

The Austrian track had operated as the A1 Ring between 1996 and 2004 before re-opening under Red Bull ownership three years ago.

It hosted a Formula 1 grand prix for the first time in 11 years earlier this month.

“It’s been fantastic to get back to the circuit now that Red Bull are involved,” said Lowndes.

“The unique elements of the Red Bull Ring is its low grip surface so you do find yourself sliding around a little bit and it’s got some great elevation changes and s-bends especially coming down the back section.” 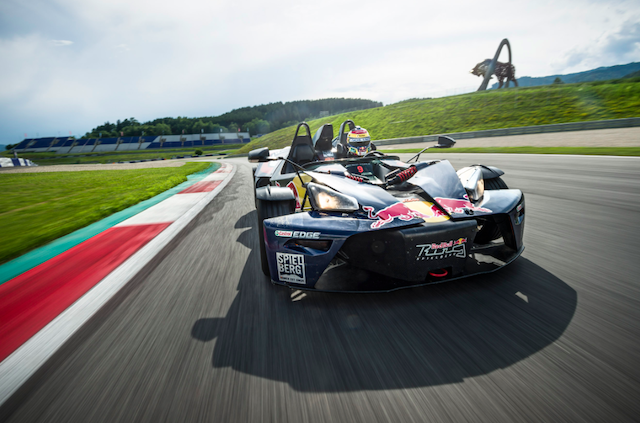 VIDEO: Lowndes in action at the Red Bull Ring