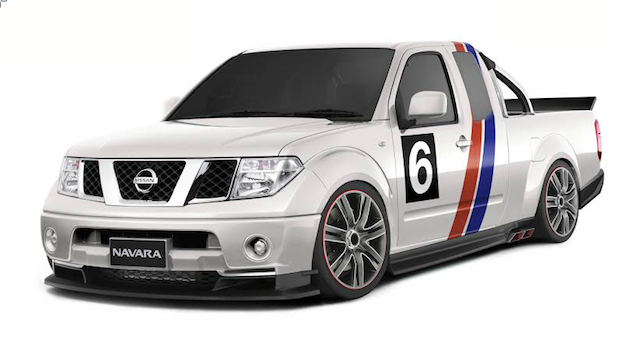 Diesel engines could feature in the V8 Ute Racing Series when its next-generation rule package debuts in 2016, category organisers have revealed.

The series is currently finalising well publicised plans to move away from its current Ford Falcon and Holden Commodore-based Utes to larger pick-up trucks, such as the Ford Ranger and Holden Colorado.

As previously reported, the change will see a common rail chassis introduced, to which different manufacturers’ bodies can be fitted.

While the category had previously stated that the next-gen vehicles will need to adopt a V8 engine from the corresponding manufacturers’ ‘family’, category manager Craig Denyer says it will enter upcoming talks with manufacturers open-minded.

“I wouldn’t say we’d be closed to it at all,” Denyer told Speedcafe.com of seeing diesel engines as soon as 2016.

“We’ve got to determine what the final specs (of the new rule package) are, which we’re close to, and then we’ll go to the manufacturers and say ‘this is what it’s going to be’.

“We’ll very quickly I think get an indication of who wants to play and who doesn’t.

“If a manufacturer says ‘we want to play in this series but we really want to run a diesel engine because that’s basically what the DNA of our current brand is’, then we’d be open to it.”

The concept of the new rule package and the building of a category prototype were both formally signed off on at the category’s annual shareholders meeting in late May.

V8 Utes’ own technical staff subsequently held a meeting with a range of category consultants last week, from which Denyer says a “fairly clear determination of the final specs” of the new Utes was reached.

A board meeting in early August is now scheduled to see a rubber stamping of the regulations and the final call on who will build the 32 chassis.

Denyer hopes that the category’s own prototype will be complete by the end of the year ahead of track testing – likely to be held over at least four different venues – in January and February.

What body shape and engine the prototype will feature, however, is yet to be decided.

“We’re in discussions with a couple of manufacturers who see the benefits of having a vehicle on display in the lead-up to 2016,” explained Denyer.

“If any of those deals come off then we’ll build the prototype around the manufacturer that wants to contribute.”

The category hopes that the finished prototype will entice more manufacturers, either through direct involvement or dealer based programs, to get involved in the class.

The bulk of the 2016 grid is however expected to be made up of Rangers and Colorados due to the ability to carryover the current 475bhp 5.0 litre Ford Coyote and 6.2 litre Chevrolet engines from the current Ford and Holden.

“I think, because all of the development so far has been done on Ford and Holden engines, it’ll probably be the easiest conversion,” Denyer affirmed.

“So I wouldn’t be surprised if the majority of the initial builds are the Ranger and the Colorado.

“But I’d be surprised if there wasn’t one or two other manufacturers on the grid in 2016.”

Mazda’s BT-50 is being touted as a strong possibility for the first season, mainly due to the marque’s Ford relationship allowing for the Coyote to be run with the Japanese body.

Denyer stresses that the category is working hard to ensure it matches its target price point for the new Utes; understood to be set at $120,000.

Although more expensive than the current vehicles, a longer lifespan and improved repairability for the purpose built chassis will help to offset the initial expense.

With the new chassis said to be as much as 300kg lighter than the incumbents, Denyer promises a significant improvement in lap times.

“It’s a bit hard to tell because we haven’t run any simulations as yet but there’s a lot less weight, which should make a difference.”

Denyer is meanwhile adamant that the class will maintain the same focus on entertainment that it has done since its debut in 2001.

“We’ve put a lot of work into making sure we do get it right because we can’t afford to get it wrong,” he said of the category’s second era.

“We don’t want to lose anything we have in terms of the entertainment of the show.

“The bottom line is it still has to be entertainment first, motor racing second and we’ve got to make sure that the new platform allows us to achieve the best possible racing.” 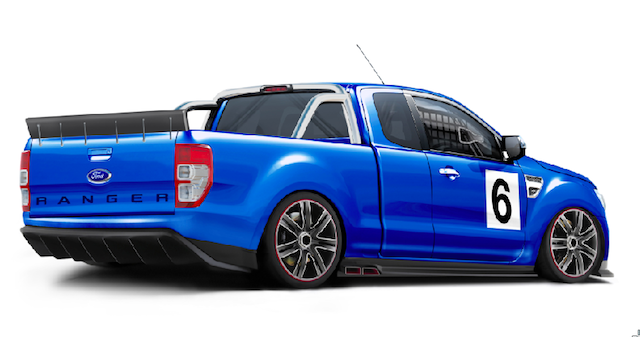