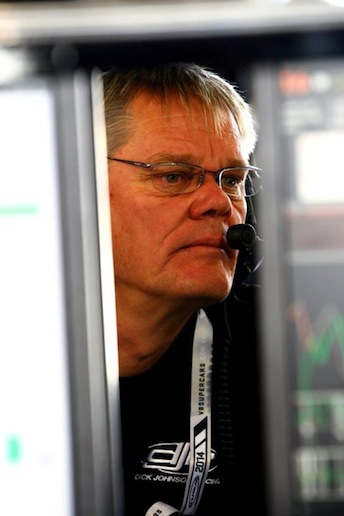 The team and Little have both cited budget constraints as the primary reason for the departure, which comes just eight months after the renowned engineer joined the squad from Ford Performance Racing.

Little had been charged with rebuilding DJR’s technical operations and staffing structure following the outfit’s latest financial capitulation in the 2013 pre-season.

The team has spent this year, however, in an increasingly difficult holding pattern as it continues to await word from American giants Team Penske over a potential takeover.

Little had joined DJR as the initial Penske discussions were taking place and says that electing to leave is a reflection of the team’s current situation.

“It’s disappointing to leave a job half done and it’ll be the first time in my life that has happened,” Little told Speedcafe.com.

A DJR spokesman emphasised the team’s disappointment at Little’s departure while stressing that its relationship with FPR will be largely unaffected by the change.

“Campbell does not lack the ability or ambition to drive us forward,” the spokesman told Speedcafe.com in a prepared statement.

“The outcome here is not the desired one but at the end of the day we are a small team in a very tough financial market and climate, no different to any other team in pitlane.

“The FPR-DJR technical alliance is strong and with our existing engineering group stepping up as well we are confident of continuing our improving results.”

Little has long been a central figure in the V8 Supercars paddock, enjoying championship and Bathurst success with Stone Brothers Racing and Triple Eight Race Engineering during the 1990s and 2000s.

“We’ll see what happens,” said Little of whether he will find another home in V8 Supercars.

“There are a lot of opportunities bubbling away in Porsches and other GT cars, particularly overseas.

“That’ll be my focus in the short-term but you never know what will come up down the track.”