Lindbom locked in for Dragon wildcard

Lindbom locked in for Dragon wildcard 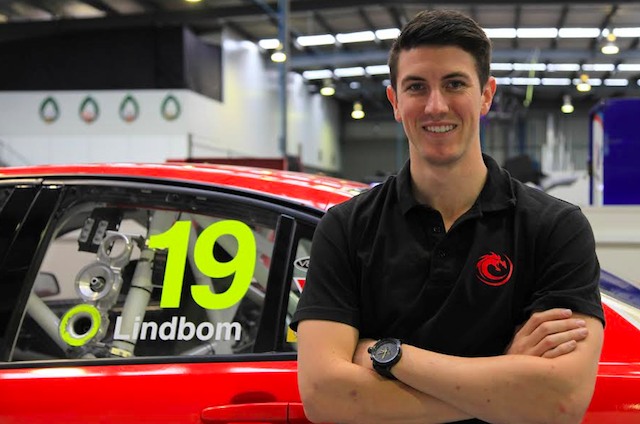 V8 Supercars announced on Wednesday that it has approved Dragon’s three wildcards; one for the Sandown 500 and two for the Supercheap Auto Bathurst 1000.

Klein has confirmed to Speedcafe.com that the team’s pair of ex-Garry Rogers Motorsport Holdens will wear #19 and #29, with Lindbom to lead the line-up in the former entry, which will compete in both races.

Lindbom impressed in an aborted Dunlop Series campaign with Evans Motorsport last year and will rejoin the second-tier class aboard another of Dragon’s recently purchased ex-GRM chassis at Queensland Raceway in less than two weeks.

The break comes as Lindbom focusses on forging a career in V8 Supercars following an open-wheel foray that included stints in Australian Formula Ford, Formula 3 and a GP3 test in Europe.

“Most kids in Australia either dream of going into Formula 1 or racing at Bathurst.

“My dream was F1 and that didn’t happen, so now I’m getting that second goal. It’s a huge opportunity.” 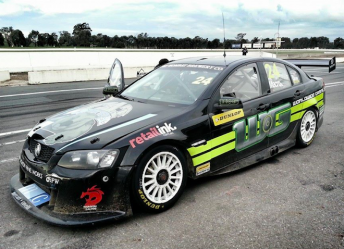 Uniquely, Lindbom first got in touch with Dragon owner Tony Klein via Facebook, where the enthusiastic entrepreneur had been scouting for drivers to add to his planned development program.

After meeting Klein at his Melbourne base, Lindbom then cut laps in the team’s ex-PWR Holden at Winton in early June.

The test was attended by Garry Rogers, who is assisting Dragon with its wildcard effort, and saw GRM’s endurance driver Alex Premat among others to step behind the wheel.

“I think driving at that test day did more for my career than anything else I’ve ever done,” said Lindbom.

“Garry is obviously advising Tony quite a bit and it was good that he was there.

“I think that test is the reason I’m driving at Bathurst.”

Lindbom attended the Townsville Dunlop Series round with Dragon and believes that Klein’s business acumen will make up for his lack of experience in the sport.

“He’s an exciting new face in motorsport with some big plans and I’m really happy to be a part of it,” he said of Klein and Dragon.

“It’s got a very different feel to what we’ve seen in motorsport before, but you don’t become as successful as he is without knowing what you’re doing.

“It’s interesting seeing how he operates. He’s happy spending $100,000 to make a race car better but if someone offers him a can of Coke for $4 when he knows he can get it for $2 somewhere else, they won’t get his money.”

Although Lindbom’s 2013 Dunlop Series campaign stalled after four rounds due to a lack of budget, a concerted effort to gain experience at Mount Panorama saw him make a one-off return with Evans for the Bathurst round.

Lindbom hopes that a solid showing with Dragon can at least solidify his place as an endurance regular, which could then lead to a full-time main series opportunity. 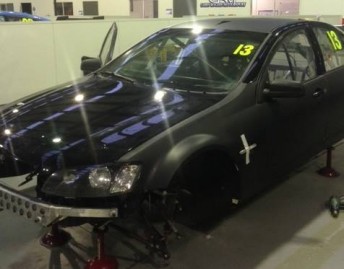 He points to the career path of long-time friend and current house-mate Nick Percat as the perfect example.

“I definitely want to do a solid job to show that I can at least be a good co-driver,” said Lindbom.

“Becoming a co-driver has been a big springboard for a lot of drivers.

“If you look at Nick, he was a professional co-driver for three years (with Walkinshaw Racing), which gave him the opportunity to race in Porsches and the Development Series.

“For me that’s a goal that is very achievable.

“It means that I don’t have to set the world on fire in the race and pass Jamie Whincup.

“I just need to do a solid, professional job and bring the car back in a good state.”