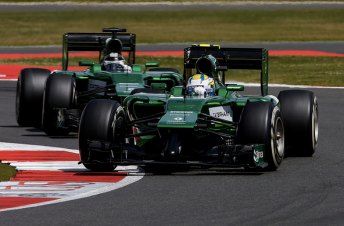 The Caterham F1 team has undergone a shake-up with Christijan Albers confirmed as team principal.

In the wake of the embattled team being sold to a consortium of Swiss and Middle Eastern investors, Caterham has formally put former Minardi and Midland driver Albers in control.

The Leafield team said Albers will be supported by Manfredi Ravetto who will take on the titles as general manager and deputy team principal.

In a brief statement Caterham said: “The team has also confirmed that it has parted company with a number of employees.

“This is a necessary step taken by the new owners of Caterham F1 Team whose priority is the future of the team.

“No further comment will be made at this time.”

In other personnel announcements Simon Shinkins has joined Caterham as the chief operating officer with Miodrag Kotur installed as team manager.

Gianluca Pisanello has been promoted to head of trackside engineering while John Iley is the technical director.