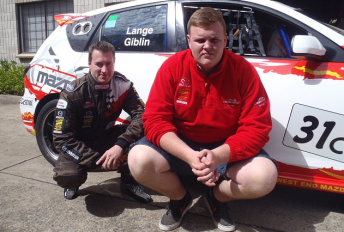 The 17-year-old has undergone several operations since being transferred from the Westmead Hospital to the Royal North Shore Hospital on Friday evening.

Giblin suffered burns to 70 percent of his body in the accident, which saw the Mazda 3 he was driving roll several times at Turn 1 before bursting into flames.

An update provided by Osborne Motorsport this afternoon said that it is hoped the Queenslander will be able to return home by Christmas.

“Brock’s condition continues to be serious but he is relatively stable at this stage.

“Our team is a close-knit group of people and we continue to provide Brock, his parents and each other with support.

“Brock’s recovery process will be a very lengthy one but our hopes are that he will be able to be home before Christmas.

“Osborne Motorsport would like to reiterate our appreciation for the support shown from the motorsport family, the people that have been providing assistance and support to Brock, his family and to us, since the incident.”