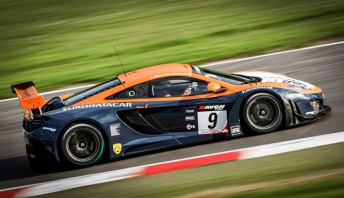 Originally from New Zealand, Ryan worked on McLaren’s Formula 1 team from 1974 to 2009, operating initially as a mechanic before graduating through the roles of team manager and eventually sporting director.

The now 60-year-old says he was impressed by Van Gisbergen’s drive in this year’s Bathurst 12 Hour, where his countryman starred in Tony Quinn’s McLaren.

“I watched Bathurst and saw that Shane did a really good job,” Ryan told Autosport.

“I didn’t know much about him, so I spoke to (Ryan’s former McLaren colleague) Steve Hallam, who is technical director at Tekno, and I think Shane is going to be really good.”

ALthough not a regular in the Blancpain Endurance Series, Ryan is adamant that his team will do “a proper job” in its one-off appearance at Spa.

Van Gisbergen will head to the July 24-27 event fresh from a test with Tekno Autosports at Queensland Raceway.

Originally scheduled for the Tuesday, the joint Tekno and Red Bull Racing Australia test is now set to take place a day earlier due to a scheduling clash at the circuit.

As previously reported, Lowndes will miss the test as he has already departed for Europe.

His place will be taken by endurance co-driver Steven Richards, who will join Van Gisbergen in heading from Ipswich to Spa, where he’ll race Roger Lago’s Lamborghini.