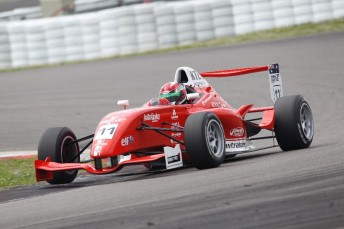 Australian driver Anton De Pasquale came away with a double at the Nurburgring as he continues to dominate the Formula Renault 1.6 NEC Championship.

De Pasquale has extended his lead after six of the scheduled 14 races in the championship.

“It was a tricky condition on the track as some lines were wet, others dry. It was an exciting weekend and I am very happy with two more wins,” De Pasquale said.

In the opening heat De Pasquale was relegated to second after Esmeijer and several others had jumped the start before serving a penalty on lap 6.

“I was actually kind of disappointed when Janneau got the drive-through penalty,” De Pasquale said.

“I was keen to beat him on the track and had worked out where I was going to attempt a pass.”

The two wins for De Pasquale sees him clear out to a comfortable points lead ahead of the next round at Assen from August 1-3. 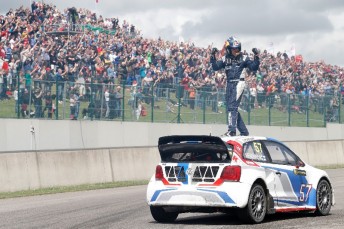 Topi Heikkinen became the sixth different winner from as many events by claiming the Belgium round of the World RallyCross Championship.

“I’m very thankful to my team – they have made such a huge effort and the car is excellent,” Heikkinen said.

“I’d like to thank Volkswagen Motorsport too for all of their help. Now we’re at the halfway point I think I can catch up in the second half. We’re only a few points behind Reinis [Nitiss] and Petter [Solberg] now so it’s going to get really exciting.”

PSRX driver Solberg was unlucky not to had claimed a podium after damaging his suspension in the closing laps.

Solberg now moves to 125 points with Nitiss second on 122 while Heikkinen’s victory sees him third on 117.

The Lotus F1 junior driver Esteban Ocon completed a blitz of the Moscow round of the Formula 3 European Championship, after bagging a hat-trick of victories.

In the final heat Ocon (Prema Dallara-Mercedes) prevailed after a dice with Max Verstappen (Amersfoort Dallara Volkswagen) which drew the attention of officials. 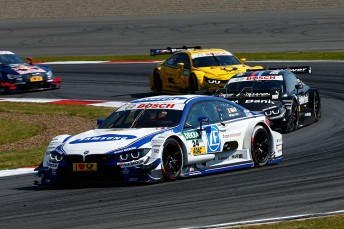 The next round is at the Red Bull Ring from August 1-3.

The polesitter quickly established a lead of almost 2s over the opening few laps over Spengler.

It was only Martin’s second points finish this season and he now moves into sixth in the standings which are headed by BMW Team RMG’s Marco Wittmann on 70 with Ekstrom second on 50 while Spengler sits third on 41. 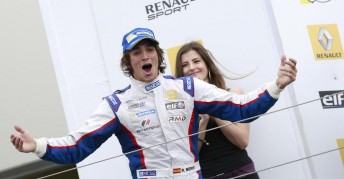 Dennis Olsen (Prema Powerteam) landed his second victory of the year in the Eurocup Formula Renault 2.0 at the Nurburgring.

Cassidy rued what should have been a podium result after slipping on a restart.

“ Went for lead into first turn, unfortunately ran wide on damp track. Finished P5, overall a fantastic weekend, and unlucky to not convert.”

Roberto Merhi (Zeta Corscia) claimed his second victory in an incident-filled round of the Formula Renault 3.5 Series at the Nurburgring.

The Lotus drivers Matthew Vaxiviere and Marlon Stockinger were second and third after championship leader Carlos Sainz became a casualty of a first corner incident.

Another incident took out several cars, reducing the field to just 16 when proceedings were cleared to restart.

Merhi moves to second in the championship on 118 points with Sainz leading on 157.

The OAK Racing Prototype of Gustavo Yacaman and Olivier Pla recorded a sound victory in the United SportsCar Championship round at Mosport Park, Canada.

Ricky and Jordan Taylor guide another Corvette Daytona Prototype home in third, holding Christian Fittipaldi and Joao Barbosa to fourth, the only other car on the lead lap.

Jan Magnussen and Antonio Garcia again had the measure of the GT Le Mans class, surging to their fourth straight win.

The victory realised an 11th victory in 14 years at the Canadian circuit.

Ex-F1 and one-time IndyCar racer Magnussen assumed the front just under an hour into the 2:45mins race.

Widely travelled driver Jeroen Bleekemolen won the GTD class in the SRT Viper, taking the lead in the dying stages.