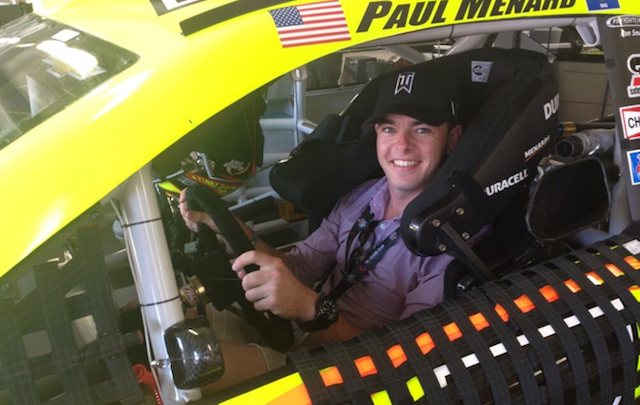 The 21-year-old met up with a number of NASCAR identities at the event, including Australia’s nine-year veteran of the United States racing scene, Marcos Ambrose.

McLaughlin, who is in just his second year of full-time V8 Supercars Championship competition and spearheads Volvo’s factory assault, described the experience as “an amazing few days”.

The 2012 Dunlop Series champion has stressed, however, that he is focused on adding a V8 Supercars Championship crown and Bathurst 1000 trophy to his resume before embarking on a NASCAR career.

“One day I would like to come here but I got a few goals to tick off in Australia first,” he wrote on his Facebook page.

“I’m 21 living the dream, can’t be thankful enough for everything that has happened in my life so far but there is always a future.”

McLaughlin documented much of his trip via social media, Tweeting several photos of himself with Ambrose, who he had not met prior to the weekend.

Chilled out with @MarcosAmbrose and watched a bit of practice from the top of his truck and quali in pit road! Cool! pic.twitter.com/jbeTnwPFwk

Cheering on this bloke in the race today. He’s been really cool to me this weekend given me a proper look into NASCAR pic.twitter.com/xPaBMYlHOA

Menard’s crew includes Australian James Small, who moved to the USA this year after engineering Mark Winterbottom to victory in the 2013 Supercheap Auto Bathurst 1000 while with Ford Performance Racing.

McLaughlin sits seventh in the V8 Supercars Championship after 22 races with one victory and four pole positions to his credit.