Buemi the man to beat in Formula E testing

Buemi the man to beat in Formula E testing 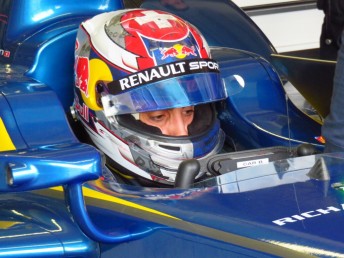 Swiss driver Sebastien Buemi was once again the man to beat in FIA Formula E as he topped the timesheets in the fourth day of testing at Donington Park.

The e.dams racer blitzed the Leicestershire circuit to post the fastest time since testing began shaving nearly a second off his leading effort from Wednesday’s hit out.

Buemi, who has topped three of the four test days, clocked a 1.31.083s lap which was two tenths of a second quicker than Audi Sport ABT’s Lucas Di Grassi. The Brazilian had led proceedings in the morning session.

“This morning we concentrated on race pace working on putting in lots of laps and finding the best balance with the temperatures of the tyres and battery,” said Buemi.

“We continued to focus on race pace in the afternoon, as well as qualifying runs.

“Credit again has to go to the team for giving me such a good car and the confidence to push and we’ll now see how we can improve for the next one.”

It proved to be a productive day for the 10 Formula E teams as they racked up an impressive 840 laps from the session which was largely focussed on race simulations.

China Racing’s Jerome d’Ambrosio was third quickest just half a second adrift of Buemi’s time while Scott Speed was fourth as he continued behind the wheel of the second Andretti Autosport entry.

Virgin Racing’s Sam Bird was fifth ahead of Daniel Abt in sixth with the top six covered by almost a second.

The FIA Formula E Championship will embark upon one more test day at Donington Park on August 19 before the inaugural race at Beijing, China on September 13.