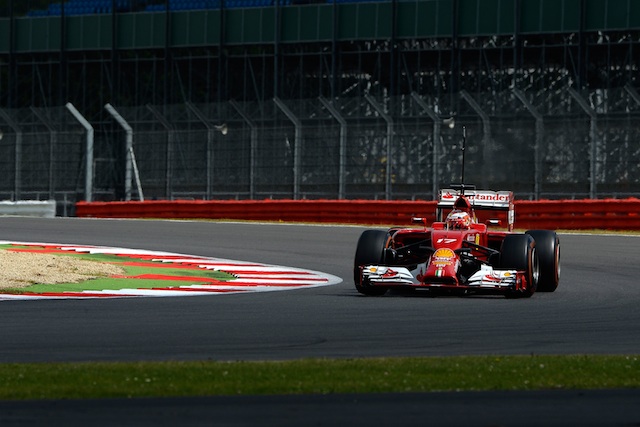 Jules Bianchi topped the times at Silverstone for Ferrari

Jules Bianchi made the most of his Ferrari call up as he topped the times in the final day of the Silverstone test.

The Marussia driver, who was called up to replace Kimi Raikkonen following the Finn’s heavy crash during the British Grand Prix, surged to the top of the time sheets in the final hour of running.

McLaren’s Kevin Magnussen was third fastest having completed the most mileage of anyone on the day with 91 laps under his belt.

However, the Dutchman brought the session to early close following an incident which damaged the barriers.

British Grand Prix winner Lewis Hamilton endured a challenging day for Mercedes as he lost time with an off at Stowe. The Brit eventually finished the day in fifth a full 1.4s adrift of the pace setting Bianchi.

Red Bull’s Sebastian Vettel managed to clock up 76 laps but his best effort was more than four seconds off the pace in ninth. The German’s RB10 underwent a power unit change which cost the team valuable time.