Felipe Massa topped the first day of testing at Silverstone

Felipe Massa topped the times in the first of a two-day in-season test at Silverstone.

The Williams driver completed 42 laps posting a personal best effort of 1.35.242s set in the morning on medium compound Pirelli tyres. The time remained unbeaten for rest of the test despite a late surge from Red Bull’s Daniel Ricciardo.

The Canadian Grand Prix winner failed to record a flying lap in the morning session as a result of extensive aerodynamic tests. However, he ended the day racking up 72 laps with a best time clocked late in the session just six thousandths adrift of Massa.

Mercedes Nico Rosberg had held second spot for the majority of the session with a team just three tenths a second shy of Massa. The German was left to settle for third but will be pleased with 90 untroubled laps under his belt.

Sauber encountered a day of mixed fortunes with Adrian Sutil showing improved pace to end the day fourth fastest. The Swiss team’s day was not without problems as a engine issue cost them valuable time early in the day.

Jules Bianchi was fifth fastest as he prepared for his outing with Ferrari on Wednesday with 108 laps behind the wheel of the Marussia. He was just nine tenths off Massa‘s pace.

The Ferrari junior driver’s day was ended prematurely by an engine bay fire. 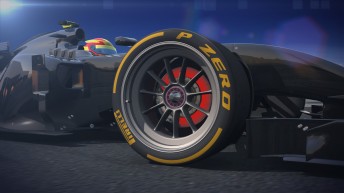 Toro Rosso’s Jean-Eric Vergne endured an eventful day as he caused four of the five red flags in the session.

The Frenchman encountered several electronic issues with his car which saw him complete just 28 laps.

Pastor Maldonado and Ferrari’s Pedro De la Rosa rounded out the top 10 with the latter conducting tyre development for Pirelli.

Testing at Silverstone concludes on Wednesday which will see Pirelli launch a concept 18-inch wheel and tyre combination due to be trialled by Lotus.