Sykes and Rea triumph at Portimao

Sykes and Rea triumph at Portimao 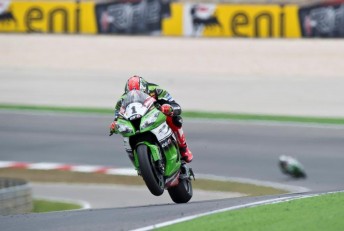 Changeable weather played a big role at the eighth round of the World Superbike Championship at Portimao in Portugal with Tom Sykes and Jonathan Rae taking victory in the day’s two races.

This year’s Portuguese races were held in opposite track conditions and saw different podium finishers in the two encounters.

“I had a poor start in race one and it is a long race round here, long enough race to make some corrections,” said Sykes. 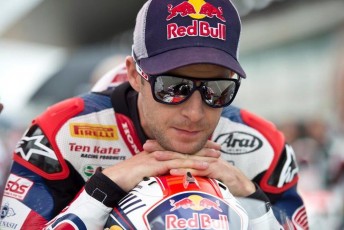 “I am happy because we had a good gap then the rain started to come. I didn’t want to do anything stupid and it was very difficult to calculate the levels of grip because in some parts of the circuit it was raining more heavily than in others. Luckily the cloud disappeared with a good amount of laps left, to go so I could take an advantage again.”

The main turn of events of the day took place in the second encounter, when Marco Melandri and Sylvain Guintoli collided and crashed on lap 13 following an overtaking attempt by the Frenchman on the Italian rider. Guintoli was able to rejoin the race, eventually finishing in 7th position, whilst Melandri’s charge to the top drew to a close on the run off area of the track.

“When I heard the rain coming on my motorhome roof I knew that it was a chance for me,” said Rae.

“I tried to do my own race from the front but the Aprilias had better pace at the middle point of the race. The track had started to dry out a bit and we were really suffering with corner exit but, although the conditions were a great leveller for all riders, it’s nice to take a win. I’d prefer to take it in the dry and we can’t get too excited because it’s a wet win; but we’ll take them any way we can and it’s 25 points not just for me but for the whole team.”

Sykes, who was 8th at the finish line in Race 2, took advantage by this situation and now leads the title race by 43 points over Guintoli, as the series heads to Laguna Seca for the second back to back round before the summer break.