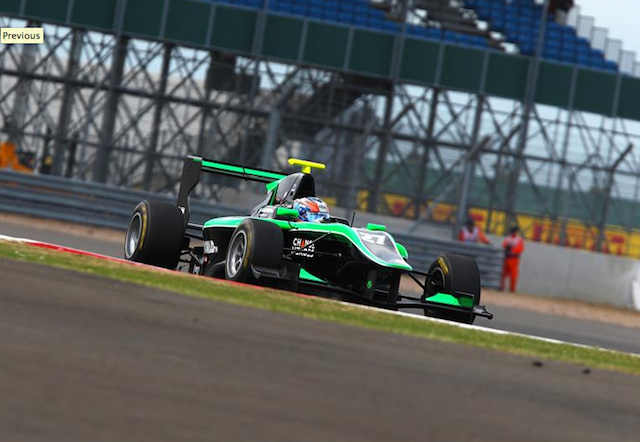 The Status Grand Prix driver leapt into the lead from the start before cruising to a comfortable win under overcast skies at the Northamptonshire circuit.

“It means a lot to win as it has been nearly three years I think since my last victory,” said Stanaway.

“Its been a long time so It feels great to be back on the top step of the podium the car was great.

“We have scored some good points and I’m really looking forward to the rest of the season.”

After finishing race one in seventh, the Tauranga driver started from second on the grid for the final encounter of the weekend.

The 22-year-old Kiwi made the most of the start as he slipped by polesitter Dino Zamparelli on the run into Turn 1.

Once in front he immediately began to open up an advantage with team-mate Nick Yelloly slotting into second after a slick move on Emil Bernstorff on lap two.

Stanaway continued to extend his lead lap after lap as he eased to the chequered flag for his first win in the championship since 2011.

Yelloly came home in second ahead of Bernstorff while championship leader Alex Lynn was sixth.

Jimmy Eriksson won Saturday’s race as he held off a charge from championship leader with Marvin Kirchhofer claiming the final place on the podium.