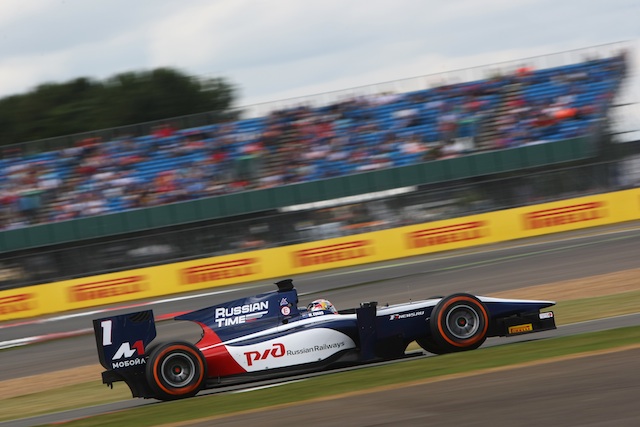 The New Zealander produced a faultless drive after being forced to defend from a hard charging Palmer in the closing stages.

Despite coming under severe pressure, the Auckland ace held his nerve to take the chequered flag for the first time since joining the championship in 2013.

“I feel like things are moving forward for me now,” said Evans.

“Its been a long time coming and I hope there are more wins to come.”

Polesitter Raffaele Marciello had led the early stages of the race but retired with a mechanical problem after just nine laps.

The former GP3 champion made a strong start from third on the grid which saw him leap into second spot briefly after slick move on Palmer at Turn 2.

Despite losing the position at the following corner, he remained on the back of the top two as Palmer chased down leader Marciello.

The lead group soon gapped the rest of the pack and once Marciello retired from the lead with a problem, the race came down to a battle between Palmer and Evans.

Evans pushed Palmer hard as the duo swapped fastest laps before the DAMS driver elected to pit on lap 19. The Kiwi blitzed the next two sectors before pitting himself.

A slick stop saw Evans emerge from the pits in the lead just ahead of Palmer.

The Brit on home soil immediately challenged for the lead but came up against a stern defence.

In the end, Evans soaked up the pressure from behind to sweep to his maiden GP2 win as he finished ahead of Palmer and Stoffel Vandoorne who secured the final spot on the podium.