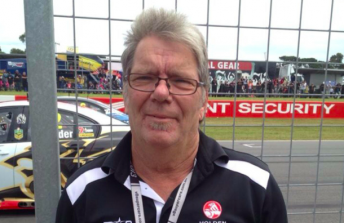 Holden Motorsport’s technical manager Peter Harker is recovering in hospital after suffering a heart attack at the Castrol Townsville 500.

The 57-year-old was transferred to Townsville Hospital by trackside medical staff after the attack occurred this morning.

Harker’s exit from the circuit via ambulance caused a short delay to the start of the opening V8 Supercars practice session.

Working alongside Holden Motorsport manager Simon McNamara, Harker has headed up the company’s technical projects for more than a decade.

Trackside regular McNamara is absent from Townsville this weekend due to holidays.