Coulthard looks to rebound in Townsville

Coulthard looks to rebound in Townsville 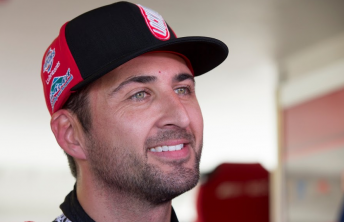 Fabian Coulthard is aiming to get his V8 Supercars Championship bid back on track this weekend at the Castrol Townsville 500.

The Kiwi slipped one position to fourth in the championship after finishing a lowly 22nd in the Hidden Valley finale.

The result came after Coulthard had found himself trapped a lap down during the early Safety Car-impacted pitstop cycles.

The 31-year-old says that he heads Townsville encouraged by the speed of his car, which was the subject of a suspension upgrade prior to Hidden Valley.

“We should be ok,” said Coulthard of Townsville.

“I think we improved the car a little bit for sure (in Darwin) and there’s more improvements to come from the car.

“We should be right. Hopefully we’ll hit the ground running and fine tune the car from the start.”

Now in his eighth full-time V8 Supercars season, Coulthard stressed that beating the more fancied FPR and Red Bull entries to the championship will require a cohesive effort from the smaller BJR outfit.

“We’re just going round by round,” he said of the championship.

“It’s a team sport, we all have to pull our weight and if we do, we’ll get the results.”

Team owner Brad Jones says that his team takes confidence from Coulthard’s performance on the hard tyre in Darwin.

The harder compound was used on Saturday in the Top End, where Coulthard took finishes of ninth and third.

“The positive (out of Darwin) is being competitive in the hard tyre races on Saturday, coming into Townsville that’s really important.

“Even though the race durations are longer, it’s all on hard tyres so we’re pretty positive about where we are with the car in terms of speed.”

Coulthard’s team-mates Jason Bright and Dale Wood are 10th and 21st in the standings having taken best finishes of seventh and 11th respectively across the Darwin weekend.