Commission to rule on Enduro wildcards

Commission to rule on Enduro wildcards 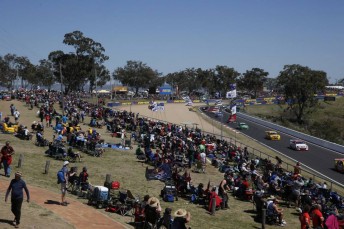 V8 Supercars will confirm the 2014 Pirtek Enduro Cup field next week following the cut-off for wildcard entries on Monday.

Super Black Racing and Dragon Motor Racing were the only two teams to submit applications for wildcards.

Dunlop Series outfit Dragon has meanwhile requested one entry in the Sandown 500 and two in the Bathurst 1000.

Dragon purchased Garry Rogers Motorsport’s 2013-specification Holdens earlier this year and has received help from the now factory Volvo squad in preparing for an endurance campaign.

According to V8 Supercars, the category’s Commission will decide the fate of the applicants early next week before releasing an official Bathurst entry list.

The applications ensure that, at maximum, the Bathurst field will be one lower than it was last year, where a Triple Eight wildcard brought the field to 29.

Several V8 Supercars Championship teams had publicly floated interest in fielding their own wildcards this year but proved unable to find the funds in which to do so.

The Commission earlier poured cold water on a proposal to allow Dunlop Series cars to compete as wildcards, insisting that any interested second-tier teams should instead seek deals with owners of current-specification vehicles.