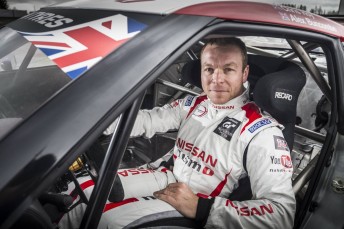 Six-time Olympic cycling gold medallist Sir Chris Hoy has crashed a Nissan GT-R Nismo while competing in the hillclimb event at the Goodwood Festival of Speed.

Hoy was too fast at Molecomb and understeered straight through the rows of hay bales setting off the airbags inside the car.

The car came to rest on the fifth set of bales with the front end suffering major damage. Emergency crews were quickly on the scene, but Hoy exited the car and waved to crowd. His pride appearing to take the most damage.

Hoy is not the first, and certainly will not be the last driver, to come untuck on the 1.16-mile Goodwood hillclimb with some of the best known steerers coming to grief over the years.

The former track cycling star is a Nissan Ambassador and competes in a GT-R in the British GT Championship sharing the car with Alex Buncombe; who will line-up in a Jack Daniel’s Racing Nissan at the Supercheap Auto Bathurst 1000. Hoy has also contested the celebrity race at the Australian Grand Prix in 2013 where he scored a second place finish in the final race of the weekend.