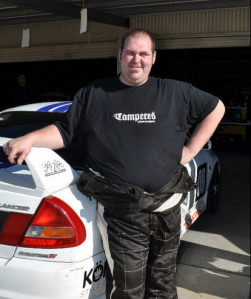 Ronke has stepped aside to pursue other avenues although he ideally would prefer to remain in motorsport.

Since the death of his father Mick Ronke last year, Adam has assumed the head role at the circuit located on the doorstep of the Victorian alps.

“Just constant reminders and things like that and my health has suffered a little bit too.

“We added up our family involvement with Winton through various family members and it’s about 229 years in total.”

“My mother’s family was involved as well and my father’s parents.”

Adam remains on the committee of the Benalla Auto Club as does his brother Matthew, who also heads up the Wakefield Park circuit.

Even so Adam’s resignation ends a Ronke family tradition which has been a big part of Winton’s fabric since the 1960’s.

“I would like to remain motor sport but I wouldn’t mind if that doesn’t happen,” Ronke said.

“I’ll be able to enjoy my motorsport more will still be involved through the committee of the auto club.

“Plus I’ve still got my Tampered Motorsport track days which I started running a few years ago.

“But the family passion has always been motorsport and I’ll do what I can for the sport whether its for money or not.”