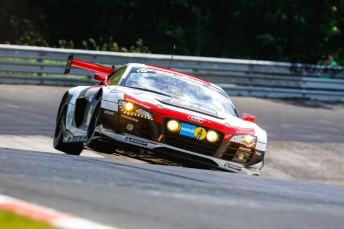 Phoenix Audi celebrated victory in the gruelling Nurburgring 24 Hours after completing a record distance in the famous event. 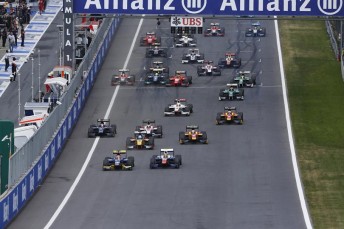 The Brazilian led from start to finish after a great start that saw him split the front row of Palmer and Johnny Cecotto Jr to lead at Turn 1.

Cecotto Jr claimed the hours in Sunday’s sprint race while Evans was left to rue a poor start from the front row.

Coletti pushed Cecotto all the way in second while Marciello pipped Evans to third.

Lynn produced a faultless lights-to-flag drive from pole position in race one as he led home team-mate Bernstorff. 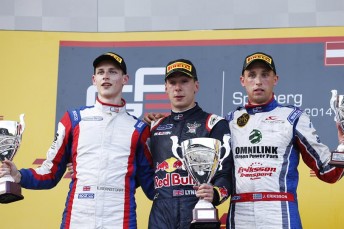 New Zealander Richie Stanaway had held third for the majority of the race but in the end had to settle for fourth after being passed by Jimmy Eriksson in the early stages.

Bernstorff claimed his maiden GP3 win in race two with an impressive drive from seventh on the grid. The Carlin driver took advantage of a crash between early leaders Matheo Tuscher and Luis Sa Silva.

Eriksson finished second while Stanaway picked up a podium in third.

Lynn suffered a broken front wing in race two but he left the meeting as the championship leader.

Citroen drivers Jose Maria Lopez and Yvan Muller shared the spoils in the seventh round of the World Touring Car Championship at Belgium’s Spa Francorchamps circuit.

Muller dominated the opening race as he guided his Citroen to the chequered flag with a 3.6s winning margin. 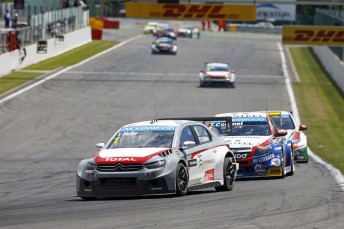 Muller on his way to victory at Spa

Lopez and team-mate Sebastien Loeb were involved in a titanic scrap for second with the former just holding off the Frenchman. Gianni Morbidelli was fourth while Tom Coronel just pipped Tiago Monteiro to fifth.

The final race of the weekend was won by Lopez who managed to escape opening lap contact with Hugo Valente to scoop his fifth win of the season.

The clash dropped Lopez to ninth but this failed to disrupt his race as scythed his way through the field passing long time leader Coronel with two laps remaining.

Rob Huff finished 16th and 13th respectively as he juggled his WTCC commitments with a drive in the Nurburgring 24 Hours. 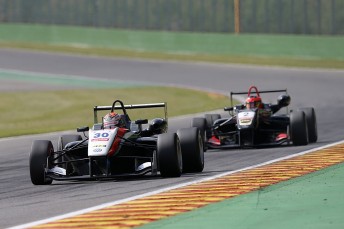 Max Verstappen was the star of FIA F3 at Spa

The teenage son of former F1 driver Jos Verstappen came through a thrilling final battle with Lucas Auer to win race one, before holding off championship leader Esteban Ocon in the following two races.

Verstappen led all the way in race one after squeezing up the inside Ocon on the opening lap.

Lotus F1 junior Ocon suffered his first retirement of the season after contact with Antonio Fuoco.

A charge from Auer put Verstappen under pressure but the Dutchman held on to take the victory by eight tenths of a second with Jake Dennis third for Carlin.

Verstappen was forced to come from behind after a slow start in race two but he soon passed Ocon and Gistavo Menezes to emerge in the lead.

He held on to take the win by less than a second while Menezes settled for third.

Only four tenths separated Verstappen and Ocon as the Dutchman completed the hat-trick in race three.

Australian Mitch Gilbert endured a difficult weekend with a best finish of 12th from the three races. 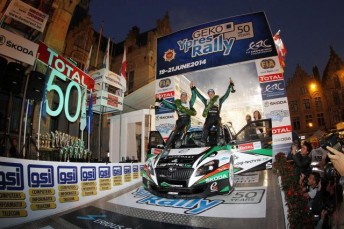 Freddy Loix capitalised on a tough day for his rivals as he went on to record a ninth Ypres Rally victory.

Lox found himself well behind the Peugeot works driver Kevin Abbring but a engine problem on the road section between the Lille-Eurometropole and Hollebeke stages forced the leader into retirement.

As a result, Loix inherited a healthy lead of more than a minute which he managed expertly to the finish.

Cedric Cherain finished second for J-Motorsport while Sepp Wiegand secured the final place on the podium.

The Monaco winner, who started from fifth on the grid, managed to take the lead with just five laps of the race remaining. Philipp Eng initially held the lead from pole but he was forced into retirement with a mechanical issue.

In the end, Giermaziak held on to take the win from Jeffrey Schmidt and Sven Muller.

The victory means Giermaziak leads Bamber in the championship by 11 points.