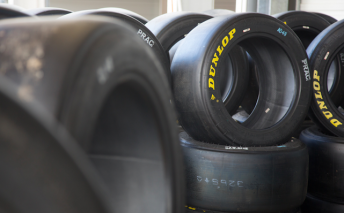 Tyre management will be more crucial than ever at Hidden Valley this weekend thanks to an extremely limited allocation that’s been slammed as “dumb” by five-time champion Jamie Whincup.

In addition to their eight practice tyres, each car will be allowed just three sets of hards and two sets of softs for the Skycity Triple Crown.

With one set needing to be handed back at the end of Friday practice, the 16 remaining tyres must last three qualifying sessions and a combined 400km of racing.

As the softs may not be used until Sunday, teams are expected to run a set of hards in each 100km Saturday race.

Sunday’s 200km encounter will then be made up of two stints on the softs and one on hards which will have already done a qualifying session and a 100km race.

“It’s just stupid, it’s way too thin,” Whincup told Speedcafe.com, echoing the opinion of many up and down pitlane.

“(On Sunday) we’re going to be racing around on rubber from the day before. It’s dumb.

“We’re in big, fast, high performance V8s, limping around on used tyres. No one wants to see that.

“We don’t need to go overboard with it, but it’s pretty straight forward. We’ve got five stints (across the three races), so we need five sets. Four is painfully low.”

The tyre allocation for each event was set pre-season by the V8 Supercars Commission, which over the last 18 months has cut a number of items, such as test days, practice time and tyre numbers, in order to reduce costs.

Commission member and team owner Brad Jones says that, in addition to the small cost saving, the limited allocation has been put in place to add to the unpredictability of the weekend.

“One of the reasons was obviously to shake-up the racing a little bit and it’s certainly got a lot of people’s attention,” Jones told Speedcafe.com.

“Part of me thinks that we’re a bit underdone with tyres, but there’s another part that thinks it’ll be interesting to see how people use the allocation.

“It’s not going to be a very straight forward weekend and you’re really have to keep on the balls of your feet to stay in the game.”

Whincup however is far from convinced that there’ll be great variations in strategies and believes that more tyres would actually create more varied results.

“They should be encouraging guys who are running 20th in the first race to come in and throw another set on so that they can come flying though the pack and cause that much chaos that they can almost win the race,” he said.

“When there’s effectively a ‘joker’ set up your sleeve for guys to take a punt with, that’s good stuff.