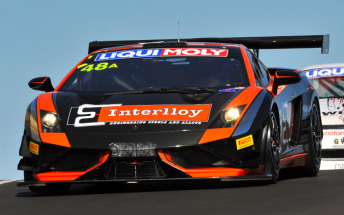 Baird will join McMillan and Richards in the M-Motorsport Gallardo

Baird will drive alongside car owner McMillan and three-time Bathurst 1000 winner Steven Richards in the entry for the February 2015 race.

McMillan debuted a brand new Lamborghini Gallardo GT3 at this year’s 12 Hour, which crashed out in the early stages with co-driver Ross Lilley at the wheel.

“After the pace we had at Bathurst this year, we decided to focus our attentions on taking the title next year,” said McMillan of Baird’s signing.

“Up until the unfortunate crash that eliminated us mid-race this year, we were the fastest car on the circuit, with Steve having broken the standing GT lap record, and we were looking good for a strong finish.

“There’s no question that Steve will be fast again next year, and alongside Craig we have a solid combination.

“My job will be about consistency, and 2015 will be my fourth event on Mount Panorama, so I’m more than prepared.”

Clearwater is expected to return to the race in 2015 but has yet to confirm its driver line-up, which this year included owner Mok Weng Sun, Hiroshi Hamaguachi, Matt Griffin and Baird, who also races for the team in Asian GT events.

Under recently revised rules, four-driver line-ups will no longer be permitted in the Bathurst 12 Hour’s top class next year.

McMillan had also campaigned four drivers in February, where he was joined by Richards, Lilley and Dale Wood.