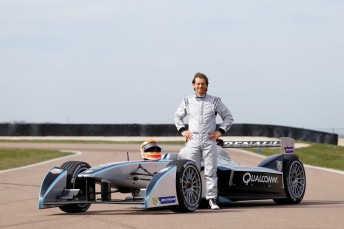 Jarno Trulli will drive, own and manage a Formula E team

Jarno Trulli has formed a team to take over the final slot in the new FIA Formula E Championship replacing one of the founding entries, Drayson Racing.

Former Formula 1 driver Trulli will not only take on ownership and management responsibilities but will race for his eponymous team in the all-electric championship.

The 39-year-old will head TrulliGP following the FIA granting it the 10th and final team entry following the surprise withdrawal of Drayson.

Drayson Technologies will be entering into a supply and sponsorship arrangement with TrulliGP to be the squad’s principal technology partner.

“Having gained fantastic experience as a driver in Formula 1, my involvement in the FIA Formula E Championship will certainly be a new challenge, not only as a driver but also as a team owner,” Trulli said.

“Competing at the highest level of performance with a clean energy car with the support of Drayson Technologies makes this challenge even more exciting.”

Trulli becomes the eighth driver to sign for Formula E alongside Daniel Abt and Lucas di Grassi at Audi Sport Abt, Sam Bird and Jaime Alguersuari at Virgin Racing, Bruno Senna and Karun Chandhok at Mahindra Racing and Franck Montagny at Andretti Autosport.

Formula E chief executive Alejandro Agag said: “We’re delighted to welcome Jarno to the FIA Formula E Championship as both a team manager and a driver.

“Drayson very much remains a part of the Formula E family focusing on developing their wireless charging technology which they couldn’t have done running as a team.”