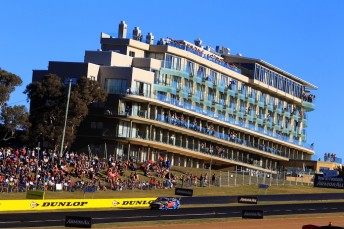 Proposed second circuit will run behind the Rydges hotel

The long fight to build a second track adjoining Mount Panorama has been given a shot-in-the-arm with the NSW Government committing $5million to the effort.

Originally given traction by a group of local businessman and motor racing enthusiasts, the project is being driven by former Bathurst mayor and current Bathurst MP Paul Toole.

The second circuit is being proposed to be attached to the iconic Mount Panorama layout in an area behind the Rydges hotel on Conrod straight where a third circuit has also been potentially earmarked specifically for club racing.

Despite enthusiasm over the allocation, detailed studies carried out previously have put the total cost of such a project at close to $50million.

“When it comes online [the lease], there could be a vast number of projects across the region that can commence, and that includes more funds for the second track,” Toole told The Western Advocate.

Toole said that the Bathurst Regional Council and the Federal Government would also be required to allocate funds.

Results of a feasibility study conducted by AECOM and handed down in late 2010 revealed that $47million would be needed to design and build the track and a further $57million for ongoing infrastructure support.