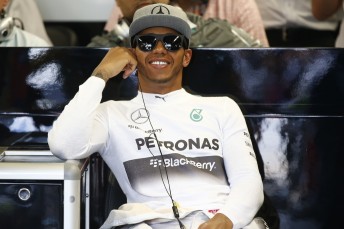 Mercedes F1 racer Lewis Hamilton is the world’s highest paid racing driver according to a list produced by Forbes magazine.

Hamilton is #19 on the list of the top 100 highest paid athletes in the world with a salary of $32million including $3m in endorsements.

He is two places higher than his Ferrari rival Fernando Alonso who has a salary of $31million including a $2m boost in endorsements.

Interestingly both exceed the only other F1 driver in the top 100, Sebastien Vettel.

With the last four world championships to his credit, the Red Bull driver Vettel is sitting at #83 with a $19m earn including $1m in endorsements.

NASCAR is the only other form of motor racing on the list with Dale Earnhardt jr earning an astonishing $11million in endorsements, bringing his total salary to $25.9m.

Earnhardt jr, who won last weekend’s Pocono NASCAR race, is #28 on the list.

His six-time NASCAR Sprint Cup winning contemporary, Jimmie Johnson, is #42 with an earning capacity of $23.5m including $6.5million of endorsements.

Fellow NASCAR star Jeff Gordon completes the motor racing representatives on the elite list at #86 with $18.7m ($5m in endorsements).

The list was topped by boxer Floyd Mayweather whose purse blew out to $105million courtesy of his wins over Canelo Alvarez last September and Marcos Maidana in May.