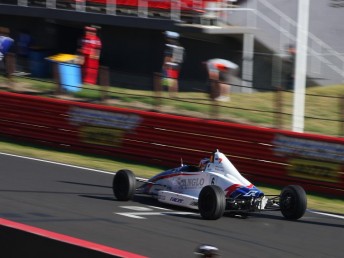 Formula Ford action will return to Mount Panorama next year as a support to the Bathurst 12 Hour.

The races will be open to the older Kent-powered Formula Ford machines and will not be a round of the national series.

The February meeting will again feature races for the Radical Australian Cup and Improved Production categories.

The Formula Fords will tackle a pair of 10 laps races at the 12 Hour.

Improved Production competitors will also enjoy a pair of 10 lap dashes, while the Radical races are scheduled to run six and 15 laps respectively.