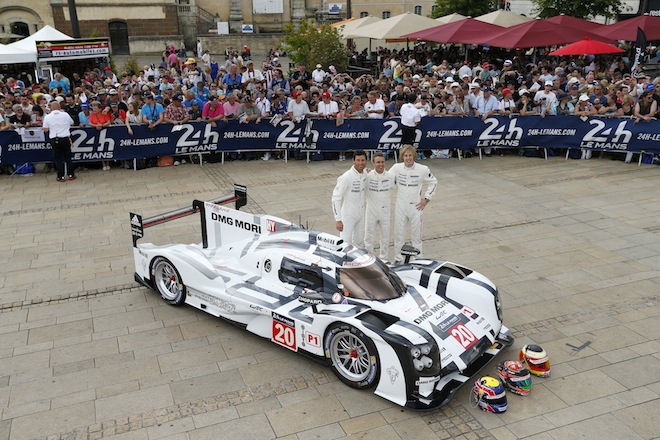 Retired triple Le Mans 24 Hour champion Allan McNish has dismissed any suggestion that Mark Webber may be haunted by mental demons when he returns to the fabled La Sarthe circuit this weekend.

Talking exclusively to Speedcafe.com McNish said the horrifying acrobatics when Webber’s Mercedes CLR took flight at Le Mans in 1999 will be the furtherest thought from his mind.

Webber returns to Le Mans for the first time since twice escaping serious injury in the aerodynamically flawed Mercedes as part of the Porsche 919 LMP1 Hybrid campaign.

Following the recent traditional test weekend, the cars hit the 13.6km track in competition-spec tomorrow for practice ahead of Thursday qualifying runs to determine the grid for the twice-around-the-clock marathon.

It marks the first time the Zuffenhausen maker has fielded an entry in the top category since 1998 when it finished one-two with McNish co-driving the winning entry.

“For it to happen twice to Mark and once to Peter (Dumbreck) in the race was pretty shocking for everybody. It is the unknown and the driver can’t do anything about it,” McNish said of the ill-fated Mercedes campaign 15 years ago.

“Knowing Mark, I would be very surprised if he would even think about it when he goes back.

“So we are doing about 12s a lap faster now but we’re also about 15km/h-20km/h slower down Mulsanne Straight.

“That just means cornering speed and aerodynamics and tyre grip is significantly more and stability is more as well.”

McNish, who started his sportscar career with Porsche in 1996 but who later enjoyed his LMP1 success with the Audi juggernaut, said the most successful manufacturer in Le Mans 24 Hour history with 16 outright victories is set to provide Webber with an exciting new chapter in his career.

“After the first WEC round at Silverstone (in April) you saw Mark smile,” McNish said.

“You saw him enjoy his racing and appreciate the approach of when a manufacturer puts his arms around your shoulder and wants you to do well.

“As opposed to what he’s been involved in during the last few years (Red Bull F1 team) where you are fighting a constant political battle to survive.

“And to also get parity with your team-mate. It was obviously a thing he had to do and he did a fantastic job at it.

“I was pleased when his (Webber’s) name fronted up to Porsche because I know those guys very well and I know that they will fight well together against Audi and Toyota.”

McNish said Porsche, which developed decent pace at the Spa 6 Hour, is capable of causing the pacesetting Toyota TS040 and Audi R18 e-tron quattro line-ups some headaches at Le Mans.

“But to ask them to beat Audi who have had an 85 per cent strike rate there and to beat Toyota who is probably coming to the peak of its performance in its third year, then that will be hard for them.” 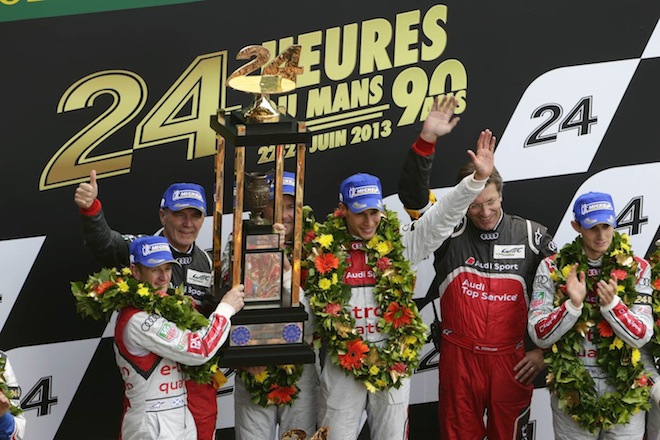