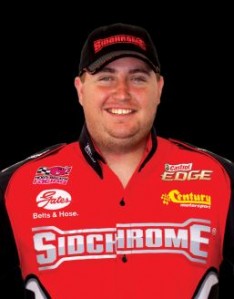 Ben Bray remains in a stable condition in hospital following a high speed crash during Round 3 of Factory Xtreme at the Winternationals at Willowbank Raceway on Saturday.

The son of Australian drag racing royalty, Victor Bray, made heavy contact with the wall when his Factory Xtreme Nissan Altima suddenly snapped to the right and flipped over towards the end of his run.

Bray’s car ended up on its roof before skidding to a halt. The 30-year-old was attended to by ambulance staff and was then transferred to hospital.

“Following his incident yesterday Ben remains in hospital awaiting consultation with doctors regarding a course of action regarding his recovery,” read a statement from Team Bray.

“Ben is in a stable condition and good spirits, and insisting that dad Victor continues to race in Top Doorslammer today – Victor has decided to be with Ben and not participate any further in the Winternationals.”