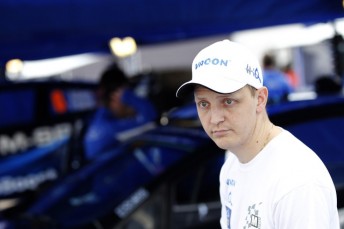 In a strong start for Hyundai Thierry Neuville was second-equal fastest with world champion Sebastien Ogier (Volkswagen) while the other i20 of Juho Hanninen was fourth.

The short Citta di Cagliari was run under lights on the harbour front and attracted a massive crowd. With two cars on the stage at a time the big crowd was entertained throughout.

Hirvonen was in the second-last pairing with Jari-Matti Latvala and the Fiesta driver was pleased with the stage win, but is looking further ahead to the first full day of running tomorrow.

“It was alright I think we had good tyres for that one but for sure the rally starts tomorrow,” said Hirvonen.

“We can really get close to the fans and there was lots of people watching, so definitely worth running this stage tonight.”

Making a steady start was New Zealand’s Hayden Paddon who sits 13th in his debut drive for Hyundai; just 4.5-sec off the lead.