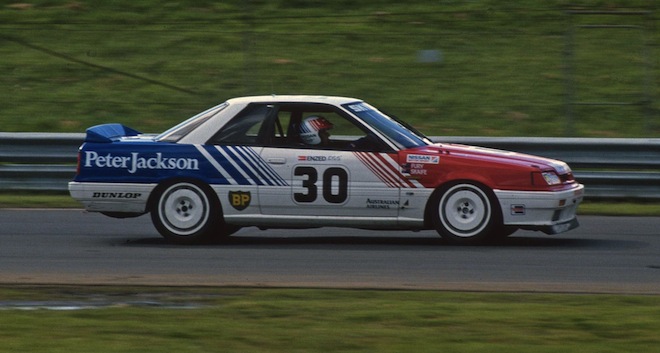 This car is one of four, six-cylinder Skylines – often also known as HR-31s – in existence and one that regularly runs at the front of the Heritage Touring Cars field.

In fact, it was the first of the GTS-R Skylines built by Gibson Motorsport in 1988 and is distinguishable from its sister cars by its black interior.

“When they got it, it was an existing road car or one that came from the factory,” says current owner McMahon.

“It’s the only one of the four that remains black on the inside so it has its own identity from that. The later ones came from Nissan Motorsport and were specially pressed bodyshells, about 40 to 60 kilograms lighter.”

George Fury first raced the car in 1988 at the Adelaide International Raceway round of the Shell Australian Touring Car Championship after a range of delays that had put back its debut.

Glenn Seton and Mark Skaife raced it in later rounds of the ATCC before it became the #30 Fury/Skaife car for the Sandown and Bathurst endurance races. The car failed to finish in either of the enduro classics.

It became the spare chassis in 1989 when Jim Richards joined the team and re-appeared as the #12 car for Skaife to drive in selected rounds of the championship from Mallala onwards. 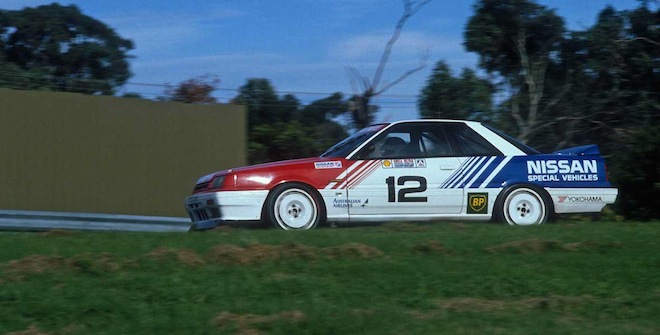 Skaife made several starts in the car during the 1989 ATCC

The car would be an important one in Skaife’s ATCC/V8 Supercars Championship career given he used it to collect his first podium finish – third at Winton behind Fury and Peter Brock’s Sierra – later that season.

It was not used in the endurance races, however was raced – and crashed – by Skaife at the Adelaide Grand Prix. Repaired, it was taken to New Zealand for the end-of-season Nissan Mobil 500 races as a display car.

When Win Percy crashed the car he shared with George Fury in Wellington, the display car was pressed into action for the Pukekohe event the weekend after.

The race parts were transferred across from the crashed car and the duo finished sixth in the car’s final appearance with the factory team.

Privateer Chris Lambden purchased the car for the next season and he ran it in Beaurepaires colours in the 1990 ATCC and then in the endurance races with Greg Crick as co-driver.

They finished ninth at both Sandown and Bathurst with the car making its last appearance in Lambden’s hands in Group A racing at the Nissan 500 at Eastern Creek. He and co-driver Des Wall were one of the early retirements of the inaugural race at the venue. 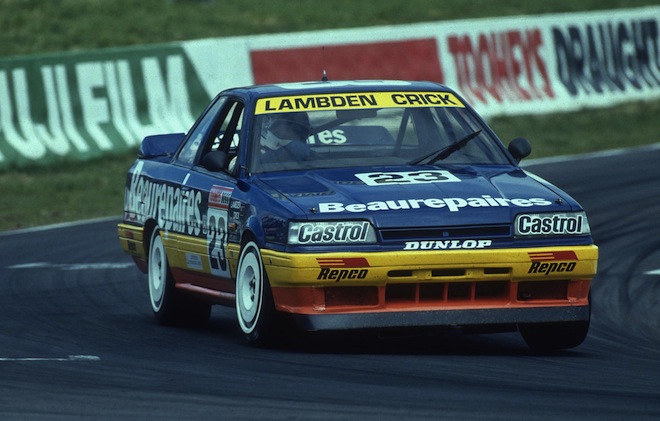 Privateer Chris Lambden purchased the car from GMS in 1990

The recession hit touring car privateers hard in 1991 and the Skyline did not take to the track. The same was the case in 1992, with a lack of sponsorship scuttling plans made by Lambden for Formula Ford hot shoes Stephen White and a very young Craig Lowndes to drive the car in that year’s Bathurst 1000.

Lambden placed the car up for sale, however given the demise of Group A and arrival of new five-litre and two-litre touring cars, it proved difficult to sell.

He raced it at Winton in 1993 as a Sports Sedans and it was eventually sold to Terry Ashwood, who raced it prior to purchasing the Gibson Motorsport car collection.

It then found a new home with Rod Markland for approximately five years before current owner Carey McMahon purchased it in 2010. 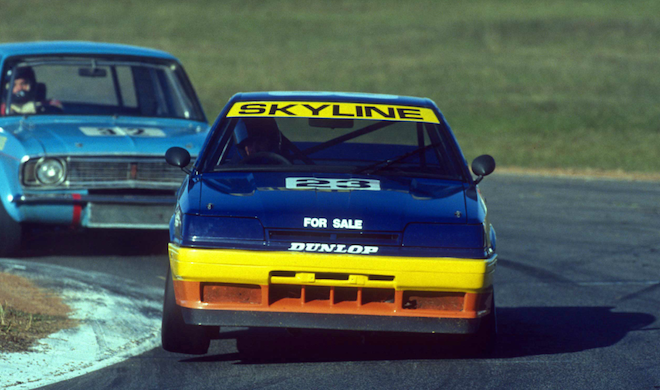 “It was the only car I saw on the market at the time that had an unbroken history, it looked kind of cute and it was something I could maintain myself,” says McMahon.

“Half the reason for me was that I enjoy the engineering side of things. I wanted something I could maintain myself. I never really set out to buy a Nissan at all. It was clean, simple and came with a massive list of spares.

“On the first day I took it out to Eastern Creek and John Bowe came out and taught me a few things. I was stunned by how difficult it was to drive. It had no horsepower below 5000rpm and then the thing would go off like a grenade!

“I thought it was going to be impossibly difficult to drive, but I persevered and went around and got back into things and started to learn by the end of the first year.

“I changed my driving style so I was braking far earlier than I would have and getting on the throttle way earlier so by the time you got to the apex, the power was coming in.

“It really is an underrated car. For a little six cylinder, it’s just phenomenal. The times were did at Phillip Island this year were just amazing!”

McMahon and the Skyline claimed victory in the Heritage Touring Car races at the Australian F1 Grand Prix at Albert Park in 2012, though after competing in the last round of the HTC Series recently at Sydney Motorsport Park, he’s decided it’s time to sell the GTS-R.

Having recently purchased the 1991 Bathurst-winning GT-R – which is intended to be back on the track later in the year – something had to give, and the GTS-R will soon hit the market.

“We had a misfire through the weekend at the last round in Sydney. We got it back on the Monday and had a closer look and the engine has to come out. It was just a minor oil ring thing.

“But we’ve going to retire the car now, tidy it up and make it look pretty and I’m reluctantly going to sell it.”

It’s one very special Nissan that will soon be looking for a new home – but it’s given us a fantastic opportunity to drive down touring car memory lane with the distinct rasp of the two-litre, six-cylinder turbo flyer. 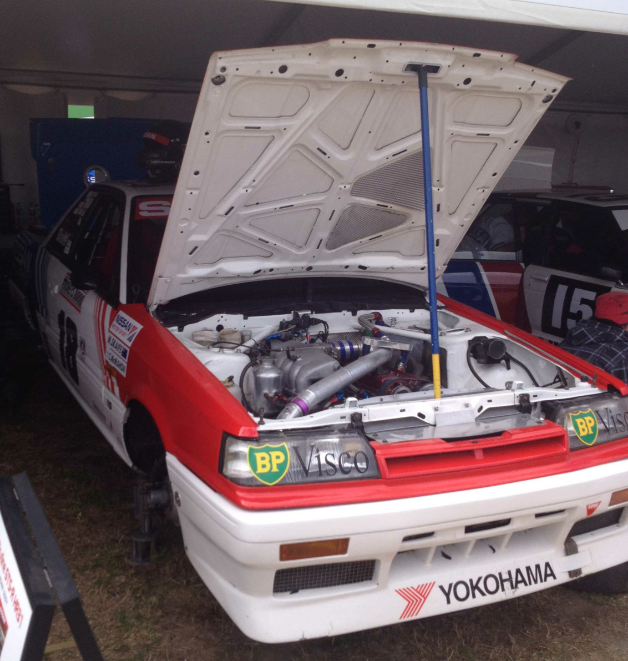 McMahon now has the car up for sale

This feature also appears on the Heritage Touring Cars website. Images courtesy of The Coventry Collection.