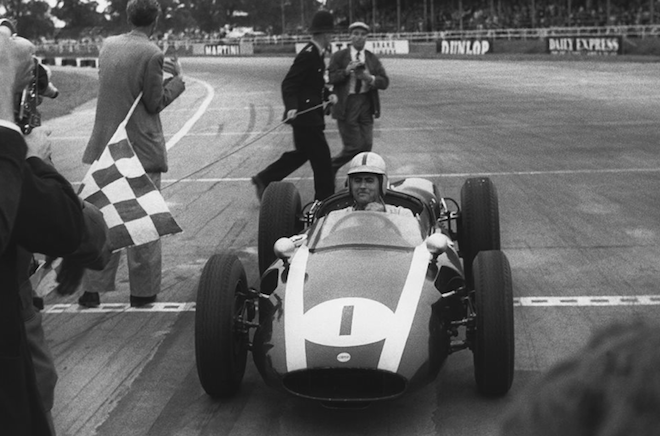 The youngest son of Sir Jack Brabham will be involved in a series of special tributes to the late three-time world champion at the British Grand Prix next month.

David Brabham will drive a Cooper Climax T53, the same make of car which took Sir Jack to the second of his world titles in 1960.

Brabham, who enjoyed a thoroughly successful sports car career culminating with an outright win for Peugeot at the 2009 Le Mans 24 Hour, recently took part in a special tribute at Brands Hatch.

Sir Jack died peacefully at his Gold Coast home aged 88 on May 19.

A state funeral has been organised for Australia’s greatest motor racing export which will be held at the Southport Church of Christ at 1.30pm on June 11.

This year’s British Grand Prix will also see a parade of historic Formula 1 cars and drivers to mark the 50th running of the race at Silverstone.

Sir Jackie Stewart will take part in the celebrations and will drive his Matra MS80, which won the 1969 British GP at Silverstone and carried the Scot to the championship that year.